The British government has reversed course on Huawei Technologies Co. Ltd. and will now ban the Chinese company’s components from Britain’s 5G network and order the removal of existing Huawei parts by 2027.

The decision is a victory for U.S. President Donald Trump and other U.S. officials who have long viewed Huawei as a security threat and have been urging countries to ban the company. Britain's move will also put increased pressure on the Canadian government which has yet to decide on whether to restrict Huawei. Canada is now the only member of the Five Eyes intelligence group – which also includes the United States, Britain, Australia and New Zealand – that has not taken a firm stand against Huawei.

Japan has also banned Huawei components and India is considering a similar move. But many other countries, including France and Germany, have yet to follow suit.

“Keeping the country secure is the primary duty of a government to its people,” Oliver Dowden, the Secretary of State for Digital, Culture, Media and Sport told the House of Commons on Tuesday. “This has not been an easy decision, but it is the right one for the U.K. telecoms networks, for our national security and our economy, both now and indeed in the long run.”

The announcement marks an abrupt U-turn by Prime Minister Boris Johnson who said in January that Huawei’s components could be used in non-core parts of the fifth generation network and remain in 2G, 3G and 4G networks although in reduced amounts. That decision served as a model for other countries, including Canada, and flew in the face of criticism from Mr. Trump.

Mr. Johnson’s views on Huawei have shifted in part because of growing concerns in Britain about China’s tightening grip on Hong Kong. The Prime Minister has sharply criticized China’s recently imposed security law on the territory and announced that Britain would pave the way for up to 2.5 million Hong Kong residents to immigrate to the U.K.

Fresh concerns about the Chinese telecommunications giant have also been raised by the U.K.‘s National Cyber Security Centre, or NCSC, a government organization that advises on computer threats.

Last year, the centre concluded that any security risks associated with Huawei technology could be managed. The NCSC noted at the time that it had been examining Huawei’s equipment in a special evaluation centre for the past decade, and it said while there had been problems with the company’s engineering and security capabilities, the issues could be handled.

The NCSC has been re-examining its position since May when the U.S. government slapped new sanctions on Huawei that will limit the company’s ability to source American-made semiconductors. Mr. Dowden said on Tuesday that based on the agency’s new assessment, the government can no longer have confidence in the security of Huawei equipment. “As facts have changed so has our approach,” he said.

The Prime Minister has also faced mounting pressure from more than 60 fellow Conservative members of Parliament who have raised concerns about China’s conduct in Hong Kong and who have vigorously opposed the government’s decision to allow Huawei to supply parts of the 5G network. Many have argued for a much faster time frame to remove Huawei parts from the 5G network. They have also expressed anger that the government is allowing Huawei components to remain in the existing 2G, 3G and 4G networks.

Huawei has become a dominant player in the global telecommunications market over the last 30 years and it sells parts in more than 100 countries. The company’s low-cost components have made it a mainstay of telecom networks including in Britain where Huawei has been operating for 20 years. Some studies have shown that banning Huawei parts will increase the cost of telecom networks from 14 per cent to 42 per cent.

Britain’s telecommunications companies have said that forcing them to remove Huawei parts will cost billions of pounds and take up to 10 years. They also have just two main alternatives to Huawei – Sweden’s Ericsson and Nokia of Finland.

Philip Jansen, the chief executive of BT, said Huawei makes up roughly two-thirds of the components in BT’s 2G and 4G networks, which remain heavily used by British consumers. BT officials have said that pulling those parts and banning Huawei from all of the 5G network will cost up to £600-million and delay the roll out of faster networks for consumers.

Mr. Dowden acknowledged that the new measures would delay the roll out of 5G in Britain by up to three years and cost the industry £2.5-billion, or $4.26-billion.

Huawei officials have consistently rejected security concerns raised by U.S. officials, arguing they have no proof and are only trying to promote American suppliers.

“Instead of ‘levelling up’, the government is levelling down and we urge them to reconsider,” said Huawei spokesman Ed Brewster. “We remain confident that the new U.S. restrictions would not have affected the resilience or security of the products we supply to the U.K. Regrettably our future in the U.K. has become politicized, this is about U.S. trade policy and not security.”

Victor Zhang, the head of Huawei’s U.K. division, told a parliamentary committee last week that the company was “independent of any government including the Chinese government.” He added that the new U.S. sanctions were unjustified and that they would not have an impact on the company’s U.K. operations.

Mr. Johnson’s decision also marks a dramatic shift in Britain’s relations with China. Not that long ago the U.K. was eager to strengthen its ties with China. In 2015, former Prime Minister David Cameron hailed the “golden” friendship between the two countries and hosted Chinese president Xi Jinping in a state visit which included the leaders sharing a pint of beer at a local pub. 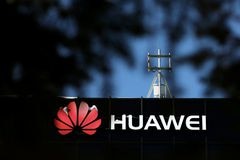 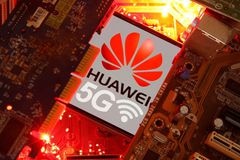 Italy reportedly considering whether to exclude Huawei from building its 5G network
July 8, 2020