While Britain debates the merits of a second Brexit referendum, London’s financial centre is steering clear of the argument, resigned to the need to shift some business elsewhere.

Burned by backing the ill-fated Remain campaign three years ago, major global and British banks said they would shy away from taking a similar position in a new vote, preferring to spend time and money on “future-proofing” their business, including tackling outdated technology and moving into new markets.

A Reuters survey of leadership attitudes at 17 British and global banks found just six of the 11 institutions who responded to the survey backed the idea of a People’s Vote to break a parliamentary impasse on a proposed exit deal.

Four banks said they opposed another vote while one lender said it would remain agnostic on all Brexit scenarios and would let the political process – now stretching toward its third year – run its course.

None of the 11 respondents said they would be prepared to put cash behind a campaign for either a “Leave” or “Remain” outcome at this stage.

To prepare for Brexit, banks have transferred billions of pounds in client assets to new European Union legal entities and shifted around 2,000 roles away from London to new hubs in cities including Dublin, Paris, Frankfurt and Madrid.

But now that the hard graft is complete, the industry biggest players say they would not reverse those changes even if Brexit was scrapped.

Spreading top talent across several European cities has enhanced the banks’ appeal to some EU clients and reduced costs linked to doing business in London, one of the world’s most expensive cities.

“The horse has bolted,” a source at one of the banks that responded to the survey said.

Britain’s opposition Labour Party has said it will support a second vote, but only if Prime Minister Theresa May refuses to change her withdrawal deal or if there is no new national election.

A second senior banking source said he believed the chances of a second referendum were on the rise, but he doubted it would garner anything like the same backing in finance industry circles as the first Remain campaign.

“I think we are still bruised by the experience the first time around. We don’t regret it, but we would have to ask ourselves why we would put ourselves through it again?”

Several key bankers including ex-Barclays chairman John McFarlane and Standard Chartered chief executive Bill Winters were among 1,280 business leaders who expressed support for the Remain campaign in a letter published a day before Britons went to the polls on June 23, 2016.

But the industry was accused of interfering in the political process and criticized for fuelling public fears about how Brexit might harm the economy.

The six banks that declined to take part in the survey cited company policy on political polls or differences of opinion in their leadership teams.

After losing the fight to secure passporting privileges, mutual recognition and enhanced equivalence regulatory regimes with the EU post-Brexit, a third senior banker said it was safer to reorganize their banks without political help.

“We would not endorse a second referendum. Why would we? What would be the point?” he said. “The financial sector planned for the worst possible scenario. I didn’t think that politicians would deliver anything for us and I’ve not been disappointed.”

Others said the government needed a better grasp of EU regulation and market structures that supported the industry’s status as Britain’s biggest taxpayer.

“Politicians should know their decisions have consequences and this kind of stress is the result,” a senior executive at a fourth major bank said. “I want to go back to not having the vote at all.”

Bank of England hits the road to assess Brexit impact on economy
May 7, 2019 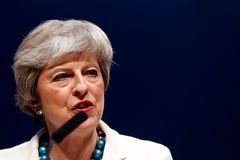 Theresa May has carried out ‘scenario planning’ for second Brexit referendum if talks fail: report
May 6, 2019 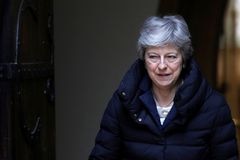