Business titans who for decades brushed off warnings about climate change arrived at the annual World Economic Forum this week ready to show their new-found enthusiasm for the cause.

Having previously played down the need for the reform that scientists had urged, finance leaders and company chiefs conspicuously rallied around a consensus that accelerating global temperatures pose a significant risk to society – and to business.

Missing, though, was a clear answer to the question of what exactly they would do about it and how quickly.

“It’s an increase in rhetoric, absolutely,” said Alison Martin, who leads the Europe, Middle East and Africa divisions of Zurich Insurance. “Will we see a walking of the talking? The jury is out.”

After months of global climate protests that drew millions of young people, a raft of companies said this week in Davos that they would aim to lower their emissions of planet-warming gases to net zero by 2050 or earlier. A coalition of major financial institutions, representing $4.3 trillion in assets, said it would take steps to minimize carbon-heavy investments in its portfolios and lobbied other investors to join it.

A group of 140 of the world’s largest companies pledged to develop a core set of common metrics to track environmental and social responsibility. And companies and government leaders, including President Donald Trump, who has rolled back dozens of environmental and climate policies, said they would aim to plant 1 trillion new trees around the world, at the behest of Marc Benioff.

“The tree is a bipartisan issue,” said Benioff, a co-founder and the co-chief executive of Salesforce. “No one is anti-tree.”

The window of time to avert the worst effects of climate change is rapidly closing, according to numerous scientific reports. And while critics blame big business for decades of inaction, as well as the active suppression of climate science, many major companies now acknowledge the immediate need for change.

“The measurements all show that we are clearly not doing enough yet,” Feike Sijbesma, chief executive of DSM, a Dutch health company, said at Davos.

The pledges were the latest in a string of climate-related announcements in recent weeks.

BlackRock, the world’s largest institutional investor, said it would place climate change at the centre of its investment strategy. Microsoft said it would not only go carbon negative – reducing more greenhouse gases than it adds to the environment – but also somehow remove all the emissions the company has ever produced. Lloyds, the British financial group, pledged to cut by “more than 50%” the carbon emissions generated by the projects it finances by 2030.

Larry Fink, BlackRock’s chief executive, showed up to meetings wearing a wool scarf that represented the decades of warming since the industrial age, a Christmas present from a non-profit organization that works on climate issues.

“I’ve never seen a social issue explode like this,” said Paul Tudor Jones II, an investor and founder of Just Capital, which ranks companies based on sustainability factors. “Every single CEO and board is having to figure out what their carbon footprint is and what they’re going to do about it.”

Behind this flurry of corporate commitments is a growing concern about tangible risks to the bottom line, including the prospect that ratings agencies will factor in climate risk, pressure from younger employees, changing consumer preferences and government regulations like a carbon tax.

Extreme weather events are already causing economic havoc. The California wildfires last year were estimated to have caused $25.4 billion in damage. Pacific Gas & Electric, the largest energy producer in the state, has filed for bankruptcy.

Jesper Brodin, chief executive of Ikea, said his company was already feeling the impact. Severe flooding in the U.S. temporarily closed many of its stores. Energy prices in Sweden skyrocketed during a recent heat wave. Fires in Australia have disrupted business there.

Arne Sorenson, chief executive of Marriott, said the hotel chain was also feeling the brunt. “We have hotels in Puerto Rico that are still closed,” he said. “We’re going to see the impact of fires and storms.”

A report this week from the Bank for International Settlements, which represents central banks, said climate change could cause the next financial crisis. Mark Carney, the departing Bank of England governor who has spearheaded efforts to get central banks to carry out stress tests assessing climate impacts on sectors, said companies needed to examine and disclose their strategies and timelines for lowering their carbon footprints.

“This is a whole-of-economy transition. In every sector, there will be companies that will be part of the solution,” Carney said. “Those who lag are going to be punished.”

Despite talk of the risks, few companies and investors provided details at Davos on how they would rapidly transition away from an economy based on fossil fuels. Just a fraction of global businesses currently disclose the financial risks posed by climate change. Even fewer have set their own targets and timetables to do what the science demands: Reduce total greenhouse gas emissions by half over the next decade.

Martin, of Zurich Insurance, said the real evidence of change would come when investors started exiting carbon-heavy companies, especially those with no transition plan. “What is going to cause the change?” she added. “If capital actually does start to fly, if it does actually make choices.”

Speaking to reporters Thursday, Mnuchin belittled Thunberg. “After she goes and studies economics in college, she can come back and explain that to us,” he said.

Thunberg responded tartly on Twitter, saying that “it doesn’t take a college degree in economics to realize that our remaining 1.5° carbon budget and ongoing fossil fuel subsidies and investments don’t add up.”

Mnuchin also played down the need for new regulation. “We don’t believe there should be carbon taxes,” he said on CNBC. “We want to cut taxes. We think that industry can deal with this issue on its own.”

The World Economic Forum’s annual global risk report this year ranked climate and environmental hazards as the top five concerns facing the world in the next decade for the first time. But a separate survey of business executives about the top 10 risks in the next 12 months made no mention of climate.

One measure of a new-found awareness, said Stefan Rahmstorf, a climate scientist at the Potsdam Institute for Climate Impact Research, was how many invitations that researchers like him were now receiving from the titans of global capital. Rahmstorf said that while he was frustrated that the business community had for decades blocked efforts to address rising greenhouse gas emissions, he was also hopeful about the change he was witnessing.

“The business community is increasingly not trying to lobby against decarbonization and solving the climate crisis,” he said. “They are realizing something has to be done and something has to change.” 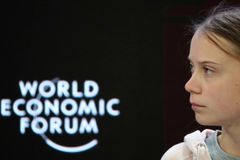 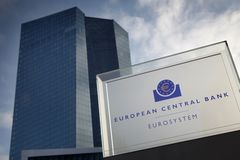 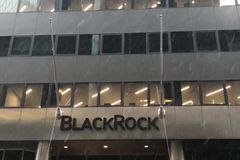