Cathay Pacific Airways CEO Rupert Hogg resigned in a shock move on Friday, amid mounting Chinese regulatory scrutiny of the Hong Kong carrier over the involvement of its employees in the city’s anti-government protests.

The sudden departure signals growing pressure on the corporate sector in the Chinese-controlled former British colony, home to multinationals such as HSBC Holdings and Jardine Matheson Holdings, to support Beijing.

Cathay Pacific, which has already terminated two pilots for engaging in illegal protests at the behest of the Chinese aviation regulator, named Augustus Tang as its new CEO.

Tang is the head of Hong Kong Aircraft Engineering Company – which, like Cathay, is managed by Swire Pacific Ltd.

The airline also said Paul Loo had resigned as chief customer and commercial officer, to be replaced by Ronald Lam, the head of its low-cost arm, Hong Kong Express.

Cathay chairman John Slosar said recent events had called into question Cathay’s commitment to flight safety and security and put its reputation and brand under pressure.

“This is regrettable as we have always made safety and security our highest priority,” he said in a statement. “We therefore think it is time to put a new management team in place who can reset confidence and lead the airline to new heights.”

Cathay, whose strong British links make it a symbol of Hong Kong’s colonial past, has emerged as the highest-profile corporate target as Beijing looks to quell protests in the territory that have gone on for 10 straight weeks.

Mr. Hogg, who is British and was appointed CEO in May, 2017, said it was right for Mr. Loo and him to take responsibility as leaders of the company.

“This is a grave and critical time for our airlines,” Mr. Hogg said Friday evening in an e-mail to staff seen by Reuters. “There is no doubt that our brand and reputation are under immense pressure and this pressure has been growing for some weeks, particularly in the all-important market of mainland China.”

He said, in hindsight, he and Mr. Loo could have managed the crisis differently, but he did not elaborate in the e-mail.

Mr. Hogg’s resignation was first announced by Chinese state television, CCTV. It was unclear, however, if it would help revive the company’s reputation on the mainland.

“The roots are rotten. It doesn’t make a difference no matter who’s leading the company,” a Chinese social media user said on the Twitter-like Weibo platform in a post liked more than 2,000 times.

Cathay has said it is fully committed to Hong Kong under the principle of “One Country, Two Systems” and was confident Hong Kong would have a great future.

“Cathay’s change in management could be a positive in the short term as it provides the company with a ‘clean slate’ so to speak,” BOCOM International analyst Luya You said.

“In the meantime, the focus for Cathay right now is still damage control for its branding. Its reputation among mainland passengers continues to falter, which could lead to more long-lasting damage that is harder and takes longer to rebound from.”

The airline, 30-per-cent-owned by Air China, became embroiled in crosswinds between Beijing and pro-democracy groups in the Asian financial hub after some of its employees took part in the Hong Kong protests.

Cathay shares plumbed 10-year lows on Tuesday, but rebounded the next day after the airline condemned the protests, vowed to follow Chinese aviation regulations and terminated the employment of two pilots.

Cathay this week cancelled 272 flights, affecting more than 55,000 passengers, as its home airport was shut down by protests.

The carrier is also seeing a drop in forward bookings due to the local unrest, it said last week after swinging to a first-half profit based on a turnaround plan led by Mr. Hogg, a highly regarded executive in the aviation industry.

“It is disappointing to learn of his resignation, particularly given this current challenging period,” said an analyst, who was not authorized to speak publicly about personnel changes. 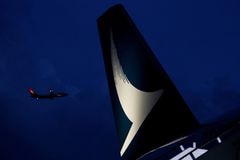 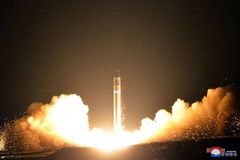 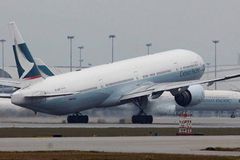