Taking a break from fighting the coronavirus crisis, the world’s top central bankers will attempt to resolve the existential questions of their profession this week as they tune into the European Central Bank’s annual policy symposium.

Having struggled to lift anemic inflation for years, officials including the heads of the ECB, the U.S. Federal Reserve and the Bank of England will attempt to figure out why monetary policy is not working as it used to and what new role they must play in a changed world – be it fighting inequality or climate change.

For now, the only consensus is that the economic order is shifting.

“Whatever are the structural factors hiding behind the observed decline in natural interest rates, the downward trend poses important challenges to the existing monetary policy frameworks,” Klaus Adam, a professor at the University of Mannheim, wrote in a paper that will be presented at the symposium.

Central banks' failure to achieve their targets is beginning to challenge a key tenet of monetary theory: that inflation is always a factor of their policy and that prices rise as unemployment falls.

Indeed, the ECB and the Bank of Japan have both kept rates in negative territory for years, turning standard practice on its head by effectively rewarding banks for borrowing from them.

More worryingly for some, the two have more than doubled their balance sheet since 2015 to almost $15 trillion, inching closer and closer to directly financing governments – a traditional red line.

Yet inflation barely nudged up even before the pandemic and is now negative in the euro zone.

While the Fed hit its own target, it never managed to normalize policy and with the pandemic plunging the world into a new recession, it too is testing the limits of policy as it hoovers up government debt.

Having pushed policy into unchartered territory, even at the cost of some legal challenges, with oversized bond purchases and negative rates, central bankers are now discussing doing even more.

The Fed is now openly talking about wanting to help lower income families, while the ECB is calling for a greater role in the fight against climate change.

This is raising questions about the actual role of unelected bureaucrats with vaguely defined mandates.

Experts say that the climate change fight will transform the economy, impact both revenue and expenditure, change trade patterns and capital flows, and thereby pose a risk to the financial sector both through the companies involved and their host governments.

Add to this the pandemic, which will hit the poor harder and leave the world permanently altered.

“Every indication so far points to this recession having a much larger impact on the economic well-being of poor households than on that of rich households,” Pol Antràs, a professor at Harvard University, said in a paper.

While the pandemic itself will not reverse globalization, a drop in face-to-face interactions, including travel, will likely persist and companies are bound to reshore activity in ways to diminish the need for long-distance travel, Antràs argued.

But new roles raise new dangers. Central banks are supposed to be independent, yet buying up more and more debt, partly to fulfill these new tasks, erodes that very independence, some argue.

The more debt central banks hold, the more governments will rely on them to keep rates low to keep debt sustainable, which in turn makes it hard to raise interest rates when necessary.

This sort of creeping government financing will then curtail central banks' ability to fulfill their core mandate and may therefore erode trust.

“If agents become more and more convinced that the deviation is not short-lived, inflation may accelerate,” Bundesbank President Jens Weidmann, one of the most conservative ECB policy-makers, said in a speech last week. “The drift in beliefs might hardly be detectable initially, but could gain momentum later and might appear, to an external observer, to have come out of the blue.” 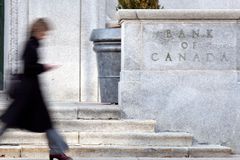 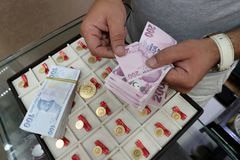 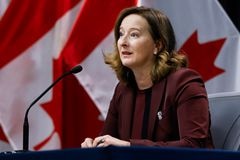