Recent actions by the U.S. Federal Reserve have made it easier and cheaper to obtain dollars via derivatives markets but other problems must be resolved to ensure such markets remain open, the Bank for International Settlements said.

The umbrella group for the world’s central banks said a distinguishing feature of the current crisis is the need to ensure dollar funds remain available to firms that are enmeshed as never before in global supply chains and in constant need of working capital.

“Preserving the flow of payments along these chains is essential if we are to avoid further economic meltdown,” economists at the Swiss-based BIS said in a report published on Wednesday.

Dollar borrowing costs spiked last month to levels last seen during the 2007-2008 financial crisis as companies and money managers concerned about the impact of the coronavirus and measures to contain it rushed to secure U.S. currency funding.

But many economies still do not have swap lines with the Fed, the BIS report said.

A long-term mismatch in the demand for dollars and their supply by global banks led to a buildup of pressure in the FX swap market that has intensified with the coronavirus crisis.

Institutional investors including insurers and pension funds hold globally diversified portfolios, large chunks of which are likely to be invested in dollar assets like bonds or equities.

They finance such purchases by swapping domestic currency into dollars and hedging their foreign exchange risk via derivatives markets.

But as their portfolios have ballooned so have their hedging needs, with the estimated cost of hedging such portfolios now running into billions in FX swap transactions every month.

Aggregate data from the BIS showed the total amount of derivatives trades outstanding at end-June 2019 was $72 trillion, with FX swaps estimated to account for about three-quarters of this total.

Roughly 75 per cent of those outstanding positions had a maturity of less than one year – meaning the coronavirus pandemic could have a big impact.

Meanwhile, the very slow growth of banking sector assets since the global financial crisis of a decade ago, reflecting the higher cost of balance sheet loss-provisioning, has constricted the supply of dollars.

For a global bank that holds a diversified portfolio of loans to borrowers, some of whom have currency mismatches, broad dollar gains tend to increase the credit risk of the portfolio of loans and hamper their risk-taking capacity.

That is manifested in the negative correlation between dollar strength and FX basis swaps, the BIS said.

The shift of investors away from prime money market funds has also tightened bank funding conditions via two channels.

First, banks receive less direct funding from them. Secondly, corporate borrowers who would normally issue commercial paper bought by money market funds have instead drawn down their credit lines with banks, helping crowd out other forms of bank lending.

Possible further solutions include policies that encourage banks to fill the void by funding lending schemes that extend dollars to non-banks indirectly, the BIS said. 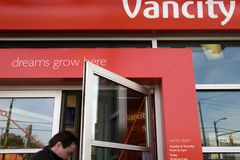 Bank of Canada expected to buy $200-billion of debt as it embraces quantitative easing
March 31, 2020 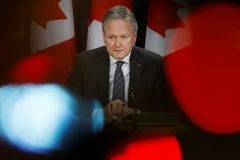 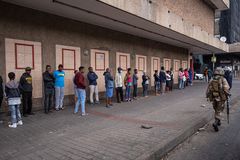