A “lackadaisical” attitude towards risk and “a lack of accountability” were to blame for Credit Suisse’s US$5.5-billion loss on investment fund Archegos, according to a review published on Thursday, as the bank reported a fall of nearly 80 per cent in second-quarter profit.

The collapse of Archegos rocked Wall Street in March as its highly leveraged stock bets went sour, sending banks scrambling for the exit. In a US$10-billion bloodbath, Credit Suisse was the biggest loser, a devastating double whammy for a bank already reeling from the insolvency of a key associate, Greensill Capital.

In a damning assessment of what went wrong, an independent review unveiled along with the results on Thursday repeatedly criticized the bank’s risk management practices, though it did add there was no evidence of fraudulent or illegal activity.

“The Archegos-related losses sustained by Credit Suisse (CS) are the result of a fundamental failure of management and controls in CS’s Investment Bank and, specifically, in its Prime Services business. The business was focused on maximizing short-term profits and failed to rein in and, indeed, enabled Archegos’s voracious risk-taking,” the 165-page review by law firm Paul Weiss, Rifkind, Wharton & Garrisson said.

The bank said in response that it would “put risk management at the heart of our decision-making processes.”

Shares of the bank pared early losses to take their losses to 22 per cent so far this year. The European bank index rose 1.8 per cent and is up about 24 per cent year to date.

Analysts had expected a nearly 600-million-franc hole caused by more losses at Archegos and further weakness in the bank’s trading and advisory businesses to bring second-quarter net profit down to a quarter of its value a year ago.

Excluding Archegos and other significant items, Credit Suisse said pretax income would have dropped 11 per cent

Credit Suisse said action has been taken against 23 staff over Archegos, with nine fired and a total of US$70-million in monetary penalties taken from all of them.

Under new chairman Antonio Horta-Osorio, the bank is trying to turn the page after a swathe of investigations, executive changes, and divisional reshuffles. Management is promising to unveil a strategic overhaul by year-end.

An exodus of senior deal makers and traders from its investment bank and plans to reduce risk in its prime brokerage unit have made the changes especially felt within that division.

The bank said on Thursday that a provisional capital buffer for Archegos has been removed, but a buffer for Greensill remained. It said it was in advanced talks with some creditors to recover some of the US$10-billion of client investments linked to Greensill.

It also said it had been accruing for dividends during the quarter but the size of the payout had yet to be determined.

“Management provided some reassurance on the call suggesting this quarter’s focus was on dealing with the fallout of Archegos and Greensill, but we could potentially return to a more ‘business as usual’ quarter as early as 3Q21,” Citi analyst Andrew Coombs wrote in a note.

Investors have been waiting to see whether troubles at Credit Suisse, which have also left clients in its asset management business directly exposed to potential Greensill losses, have affected prized relationships with the ultrawealthy.

Credit Suisse on Thursday reported 7.3-billion francs (US$8-billion) in net asset outflows from its wealth management businesses, an indicator of a loss in business from rich clients, for the second quarter.

Chief financial officer David Mathers told journalists on a call that 4.2-billion francs (US$4.6-billion) of the outflows were related to its efforts to limit its risk in Asia.

“Operationally, CS has been able to meet expectations on the whole,” ZKB analysts said in a note, adding the headline profit miss was related largely to legal and restructuring provisions.

“However, net new money is showing signs of slowing down with outflows of 4.7-billion francs (UD$5.2-billion),” the analysts said, referring to the group-wide figure which includes flows for businesses outside wealth management.

A 41-per-cent fall in investment banking revenues showed the broader impact of the scandals to be slightly more pronounced than analysts anticipated, as its capital markets business posted a nearly 10 per cent decline on an unadjusted basis and its advisory revenues fell 37 per cent “due to timing of deal closings.” That combined with the US$653-million Archegos hit pushed investment banking to a pretax loss.

Trading revenues also fell at major U.S. and European banks in the second quarter compared to 2020 when unprecedented market volatility during the early months of the coronavirus pandemic helped drive record volumes.

Credit Suisse has said it wants to pare back its prime brokerage unit, which conducts business with hedge funds and was responsible for the Archegos ties.

The downcast earnings marked a notable contrast to the sunny outlook presented on the same day by Lloyds, which until April had been run by Credit Suisse’s new chairman. 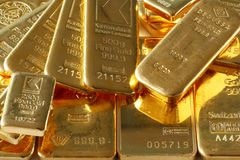 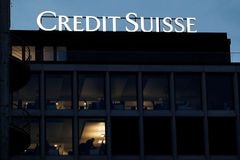 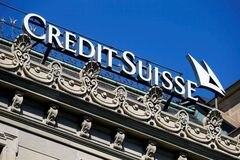