The Europe Union’s climate-change credentials face an acid test this week when the bloc’s lending arm, the European Investment Bank, decides whether or not to stop funding fossil fuel projects beyond next year.

The decision is due to be made on Tuesday by EU finance ministers and other top officials after an intense few months of discussion in European capitals and within the region’s energy industry.

The EIB’s draft proposal in July to end oil, coal and gas financing was widely praised by environmental groups and politicians alike as a strong signal from the world’s largest multilateral lender, but has since seen some pushback.

The European Commission plus Germany, Italy, Poland, Latvia and potentially Spain would like the bank to keep funding some types of gas projects to help the move away from coal or nuclear power, or for energy security reasons.

Some key wording on how emissions targets will be measured has also been loosened, which critics of the changes argue will make it difficult to reliably monitor their impact.

“I think this is going to be the litmus test,” Green EU lawmaker Bas Eckhout told Reuters. “For a climate-neutral economy by 2050 you need to make sure your energy infrastructure is zero-carbon.”

A complete stop would be seen as a statement of Europe’s intent at minimizing global warming and aligning with the Paris Agreement which aims to cap global heating at 1.5C above 1990 levels.

The incoming president of the European Commission, Ursula Gertrud von der Leyen, has meanwhile called for the EIB to invest half of the €60-80 billion it lends a year on ’green’ projects and evolve itself into a “Climate Bank.”

All this sets the stakes high for Tuesday’s decision at the EIB’s Luxembourg headquarters. Multilateral institutions generally try to avoid knife-edge votes that could divide their ranks, though in this case EIB chief Werner Hoyer may be prepared to call one.

If that did happen the proposals would require what is known as an “ordinary majority” in which at least one third of the bank’s members representing at least 50 per cent of its subscribed capital give their support.

“We have listened to the very vocal international calls for action. EIB is expected to be ambitious,” Dr. Hoyer said in a speech setting out his stance last week. “I do not believe we should disappoint.”

If the plans get approved, the EIB has said it will provide extra support to those member states or regions with “a more challenging transition path” away from fossil fuels.

Some of those calling for gas to be kept on the agenda argue that if funding for even the most efficient gas-fired power is removed some economies could end up with older, more polluting coal power for longer.

Recommendations from a government-appointed coal-exit commission in Germany in January explicitly said gas-to-power generation plants, offering half the CO2 emissions of those from coal-burning power stations, should be given incentives.

The decision will also feed into an intensifying debate over what should and shouldn’t be classed as a green investment.

Issuance of green bonds - a form of financing the EIB helped pioneer - is expected to reach $330-billion for the first time this year, but the definition of what qualifies as green is also attracting more scrutiny.

Italian electricity giant Enel, one of the biggest corporate issuers of green bonds in recent years has said it will switch into a controversial new bond format that bankers say could become a new industry standard.

The new Sustainable Development Goals-linked bonds give firms more leeway on how to spend their proceeds - in Enel’s case even on coal-powered electricity generation if it chooses, although it would have to pay a higher rate of interest if targets are missed.

“The EIB is the largest multilateral bank on the planet so the bank’s proposal to end financing for fossil fuels by the end of 2020/next year would send a very strong signal to the global financial market,” said Yossi Cadan, a senior campaigner at 350.org, a movement that emerged in the United States to persuade investors to divest from fossil fuels.

Opinion
How to finance the transition to a low-carbon economy
September 25, 2019 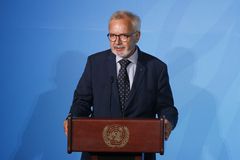 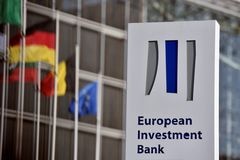