The boards of French automaker Peugeot SA and Fiat Chrysler Automobiles NV on Wednesday agreed to pursue a US$50-billion merger, sources familiar with the matter said, a deal that could transform the global auto industry.

The two companies have yet to announce a formal agreement, and a deal could collapse as executives dig into the details of a merger. But as of late Wednesday, the companies were progressing quickly toward an announcement as early as Thursday morning, the people said.

Among the potential selling points to investors: Projected annual cost savings of €4-billion ($5.87-billion), people familiar with the discussions said.

The directors of Exor NV, the holding company of Italy’s Agnelli family, which effectively controls Fiat Chrysler, also approved moving forward with talks, the people with knowledge of the situation said.

Spokesmen for Fiat Chrysler Automobiles (FCA) and PSA declined to comment on a timeline.

A combination of Peugeot and Fiat Chrysler would create the world’s fourth-largest auto-manufacturing group from two mid-sized players threatened by technological and regulatory challenges.

Peugeot chief executive Carlos Tavares would run the company, while Fiat Chrysler chairman John Elkann would become chairman of the new company’s board, people familiar with the discussions said.

Under the proposed deal, they said the companies would combine through a 50-50 share swap, creating a new company formally based in the Netherlands.

Peugeot, with a market value of €23.3-billion, would spin off its stake in auto-parts maker Faurecia valued at around €3-billion.

Final terms of the agreement could change and have not been formally disclosed, according to the sources, who asked not to be named because the deal talks are private.

The combined company’s board of directors would have 11 members – six from Peugeot’s side, including Mr. Tavares, and five from Fiat Chrysler’s, including Mr. Elkann, the sources told Reuters.

Mr. Tavares was the driver of the approach to FCA, three sources familiar with the matter told Reuters. The Peugeot chief executive has moved aggressively to bulk up the French automaker. He acquired General Motors Co.’s European units, Opel and Vauxhall, in 2017 and has led a rapid turnaround in their profitability.

For Mr. Elkann, a deal with Peugeot would achieve a long-sought goal of finding a merger partner to provide sustainable scale for the company his great-grandfather and grandfather built into one of Italy’s largest businesses.

Mr. Elkann had sought in May to combine Fiat Chrysler with French rival Renault. But that deal fell apart in June amid objections from the French government and tension between Renault and its Japanese partner, Nissan Motor Co.

Milan-listed shares in FCA closed up 9.5 per cent on Wednesday, after ending up more than 7.5 per cent on Tuesday in New York. Peugeot shares rose as much as 6 per cent during trading Wednesday to hit their highest level in more than 11 years.

The merged entity would face substantial challenges. Auto manufacturers are grappling with a global downturn in demand while trying to develop costly, cleaner car models as deadlines to meet ever more stringent anti-pollution rules loom.

A combination of PSA and FCA would have to overcome a series of political, financial and governance hurdles. The future of jobs in Europe, where the companies would have overlapping brands and underutilized factories, prompted concern among labour and political leaders on Wednesday.

Italy’s Industry Minister, Stefano Patuanelli, said on Wednesday that Rome – which has no stake in FCA – was following talks between the two groups, but declined to comment further on a “market operation.”

French government spokeswoman Sibeth Ndiaye said Paris was following the PSA-FCA talks closely with an eye on the fallout for jobs, but said an enlarged group was ultimately “the best path to protecting employment.”

Rome is keen to avoid major job losses in Italy, where FCA employs 58,000 workers. With most of FCA’s Italian plants heavily underused, Italian trade union FIOM has said it was concerned a tie-up with PSA could hit employment in the country even more than a Renault merger.

In Britain, unions flagged their worries for PSA plants there, which make vehicles under the Vauxhall and Opel brands.

In addition to the French government’s 12-per-cent shareholding in PSA, held through state bank BPI, the Peugeot family and the Chinese government, through Dongfeng Group, each have a similar holding. Dongfeng declined to comment. People familiar with the process said the French government and Dongfeng were likely to remain shareholders, though with reduced stakes in the combined enterprise because of the merger.

A combination with Peugeot would give FCA access to PSA’s CMP modular platform, which has already spawned the electric Peugeot e-208 and Opel Corsa-e mini.

Investors have speculated for years that FCA, itself the product of an Italian-U.S. merger, was hunting for a partner, encouraged by the rhetoric of the company’s late chief executive, Sergio Marchionne, who railed against the auto industry’s “value-destroying addiction to capital” to develop often-indistinguishable products. 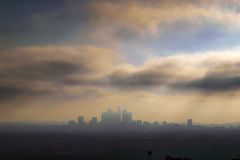 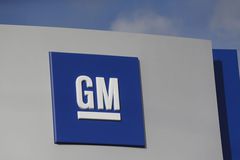 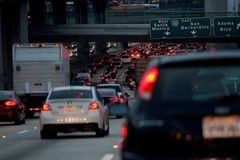