The world’s two largest aircraft leasing companies are combining to create a new financing giant after Ireland’s AerCap finalized a deal worth more than $30 billion to buy the leasing unit of General Electric .

The two companies, which tied the knot on Wednesday after days of speculation surrounding a takeover of GE’s leasing arm GECAS, together control more than 2,000 jets, dwarfing rivals.

The tie-up creates easily the largest buyer of jetliners built by plane makers Airbus and Boeing and will reshape a global air finance industry that has attracted a flood of capital in recent years as investors look for higher returns.

Shares in both New York-listed companies fell about 6 per cent on Wednesday as AerCap prepared to issue new stock to help finance the transaction and GE disappointed expectations of some investors that it would raise its cash outlook.

The deal comes as the independence of several leasing firms has been brought into question by the coronavirus crisis and could trigger further consolidation, analysts say.

It is the latest move by GE Chief Executive Larry Culp to reduce debt and focus the conglomerate on its industrial core of power, renewable energy, aviation and health care.

In a phone interview, Culp said the deal would help GE become better capitalized in line with peers and “significantly” derisk its balance sheet, opening up an array of capital allocation options including higher dividends, share buybacks.

“We’re not declaring victory today, but this is an important step in our transformation,” he told Reuters.

Culp took the reins of the conglomerate in 2018, months after the 129-year-old company dropped out of Wall Street’s blue-chip index following years of dwindling profits.

AerCap Chief Executive Aengus Kelly said the Dublin-based company had acquired its rival for an “attractive” discount to its book value in its second defining transaction in almost a decade, after purchasing U.S.-based ILFC in 2014.

Both deals saw AerCap pounce on solid business rivals whose owners were suffering due to a wider financial crisis. In both cases, the owners took up offers of stakes in the larger AerCap in return for ceding control, betting on an industry recovery.

STAKE TO BE ‘MONETISED’ OVER TIME

“This is not about scale or getting bigger for the sake of it,” Kelly told analysts.

The deal to buy GECAS, or GE Capital Aviation Services, includes about $24 billion in cash and $1 billion paid in AerCap notes or cash. It includes 111 million new shares, giving GE a stake of 46 per cent in the AerCap-controlled company.

Culp said the stake would be monetized “overtime” as the aviation industry recovers.

The deal values GECAS at just over $31 billion based on closing AerCap share prices on Tuesday.

GE said it planned to reduce debt by about $30 billion this year using transaction proceeds and existing cash, but announced a $3 billion writedown in connection with the deal.

The deal, which includes the transfer of about 300 helicopters, is expected to close in the fourth quarter of 2021.

Citi and Goldman Sachs have provided AerCap with $24 billion of committed financing for the transaction.

AerCap said the deal would raise its debt to 3.0 times equity but this adjusted ratio would return “rapidly” to a targeted level of 2.7.

Analysts have said the scale of the combined entity, controlling about three times the number of aircraft as its nearest competitor, Dublin-based Avolon, could force AerCap to off-load aircraft to meet antitrust requirements.

The new group will have a mainly Airbus fleet but Kelly expressed support for the troubled Boeing 737 MAX, recently restored to service after an almost two-year safety grounding.

“I wouldn’t bet against Boeing,” he said.

Analysts have said the deal would give the combined group greater bargaining power when buying jets.

Boeing declined to comment on the merger. Airbus said it would maintain the good relations it has had with AerCap and GECAS. 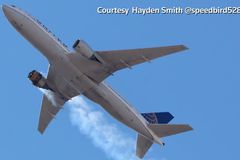 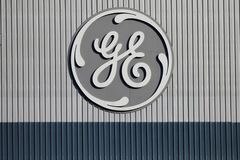