The Porsche Taycan rocketed from a standstill so fast that my skull banged against the headrest and my vision went blurry.

It was a demonstration of what can happen when German engineers apply their brainpower to electric cars. And it offered a clue to how German luxury-car makers hope to prevent Tesla Inc. from destroying the country’s most important export industry.

A year after Porsche brought the Taycan to market, Mercedes-Benz and Audi are on the verge of rolling out their first luxury cars designed from scratch to run on batteries, rather than simply being awkward conversions of gasoline models.

These new purebred electric models will determine whether German automakers can retain their hegemony in the high end of the market in the face of an onslaught from Tesla, which is encroaching on their turf – literally – by planting a factory in a forest near Berlin. German engineering is confronting Silicon Valley audacity head-on, with the future of the German economy at stake.

Tesla also has a lot at stake. The company’s US$658-billion stock market value makes sense only if investors believe the company will one day eclipse traditional car makers in sales and render the likes of Daimler AG and Volkswagen AG irrelevant.

The Taycan, a four-door sedan that Porsche recently let me try out at the Hockenheimring racing complex south of Heidelberg, provides an early example of what German automakers are capable of. The car, with a starting price of slightly more than US$100,000, can blast from zero to 60 mph (97 km/h) in less than three seconds.

So, it happens, can the Tesla S. But tests by Car and Driver confirm Porsche’s assertion that the Taycan can replicate those blastoffs 10 times in a row, unlike the Tesla, which becomes sluggish with repeat use as the battery wears down. Porsche has found a way to maintain explosive acceleration even when the battery is not fully charged.

During an hour of all-out driving on Porsche’s serpentine test track, as I was egged on by a Porsche instructor who encouraged me to probe the car’s limits, the Taycan stayed glued to the asphalt like a roadster and never showed signs of fatigue. I ran out of juice before the car did.

“Our plan from the beginning was that our electric vehicle should be a real Porsche,” Stefan Weckbach, the Porsche executive in charge of the Taycan, told reporters in 2020.

That pretty much sums up the approach that the German luxury-car makers, after a belated start, are taking to electric cars. Germany is considered the birthplace of the gasoline-powered automobile, and it remains a source of national pride. Its automakers want to show that they can adapt their expertise in high performance, reliability and comfort to electric vehicles.

“We will score points with our classic qualities,” Markus Duesmann, CEO of Audi, said in an interview.

The pandemic has only increased the pressure on traditional automakers to offer true electric vehicles. Sales of gasoline and diesel cars in Europe have plunged since the virus hit, but sales of electric vehicles have more than doubled, largely because of government incentives.

In November, one out of 11 new cars registered in Western Europe was electric, a record, according to Matthias Schmidt, an analyst in Berlin who publishes a monthly report on the electric-car market.

The Germans have decades of experience creating cocoon-like interiors, sinewy suspensions and exteriors dressed in precisely fitted steel. Tesla, founded in 2003, has struggled with quality and manufacturing problems, although it has proved to be a fast learner.

When it comes to electric cars, the Germans lag Tesla. The Taycan cannot go as far on a charge as the Tesla Model S and lacks Tesla’s self-driving software, two features that may be more important to many buyers than drag-strip performance. The German manufacturers are trying to close that technology gap and, they hope, overtake Tesla before it’s too late.

The first manifestations of their efforts are about to hit showrooms.

Audi, which, like Porsche, is a part of the Volkswagen AG empire, began production in December of the battery-powered e-tron GT, which will cost more than US$100,000 when it goes on sale in March. It shares many components with the Taycan, but its emphasis is on driving comfort rather than setting speed records.

Later in 2022, Audi plans to begin selling the Q4, a compact electric SUV that will be the division’s first model based on the so-called modular electronic toolbox, a collection of components designed specifically for battery-powered cars that will be shared among Volkswagen brands. The toolbox allows auto designers to make the interiors of electric cars roomier than those of gasoline cars by arraying the batteries and motors in ways not possible with internal combustion engines. Tesla already applies that principle to its interiors, which are known for their spaciousness and lack of clutter.

Car makers have been using these collections of shared components, often called platforms, for years, but Volkswagen is one of the first mass-market automakers to develop one specifically for battery power. By building hundreds of thousands and perhaps millions of cars using the same components, Volkswagen, the world’s largest car maker, hopes to do what it does best: drive down the cost per vehicle with massive production volumes, and beat Tesla on price.

The strategy is helping to hold down the cost of the Audi Q4, which will start around US$49,000, in Germany. That is competitive with comparable gasoline cars and in the same general price range as Tesla’s base car, the Model 3.

In 2021, Mercedes, a division of Daimler AG, will introduce the EQS, a battery-powered counterpart to the company’s top-of-the-line S-Class. The EQS, which will cost more than US$100,000, will be the first vehicle built with Mercedes’s “electric-vehicle architecture,” the same idea as Volkswagen’s modular toolbox.

Daimler says the EQS will be able to travel 700 kilometres on a charge. That would be slightly more than the current Tesla S. In 2022, Daimler will introduce additional models based on the electric-vehicle platform, including a battery-powered SUV, to be produced at the company’s U.S. factory in Tuscaloosa, Ala.

BMW Group has been slower than its rivals to offer luxury electric vehicles. The company was a pioneer with the battery-powered i3 compact in 2014, but it didn’t catch on with buyers. BMW does not plan to begin producing its own pure electric platform until 2025, instead offering electrified versions of its conventional models.

Pieter Nota, head of marketing at BMW, told reporters in November that the company does not expect sales of electric vehicles to take off until 2025.

“That’s why we are starting our battery-centric platform by then,” he said.

After stealing significant market share from vehicles such as the BMW 3 Series and the Mercedes C-Class, Tesla has been showing some vulnerability. Sales in Europe of the Model 3 have been basically flat in recent months after it decisively outsold the European automakers last year. The Renault Zoe, a utilitarian compact designed for urban use, overtook the Model 3 to become the best selling battery-powered car in Europe during the first 10 months of 2020.

Volkswagen is trying to undercut Tesla’s lead in battery technology. The company invested US$300-million in QuantumScape, a Silicon Valley firm that is developing solid-state batteries. If the new type of battery can be perfected and mass produced, it will cost less, charge faster and go further than current technology.

“If they succeed in bringing this technology to market sooner than Tesla, then Elon Musk has a problem,” said Ferdinand Dudenhoffer, director of the Center Automotive Research in Duisburg, Germany.

Mr. Musk, Tesla’s CEO, will strengthen his foothold in Europe when his new factory in Gruenheide, east of Berlin, begins producing cars in 2021.

The factory, which Tesla announced in November, 2019, hit a snag recently when environmental groups won a court order blocking Tesla from clearing trees on a portion of the site. The groups argued that the construction work threatened an endangered species of sand lizard.

But Tesla has strong support from local political leaders thrilled at the prospect of 10,000 new jobs and the presence of a company that is worth far more on the stock market than all of the German automakers combined.

The main factory building in Gruenheide, on a site already approved, appears to be complete. Mr. Musk, who frequently flies in for quick visits, said he sometimes spent the night in a conference room at the factory because “it gives me a good feel for what’s going on.”

“I’m a big fan of Germany,” Mr. Musk said while in Berlin in December to pick up an award from Axel Springer, which publishes the country’s biggest newspaper. “I’ll be spending a lot of time there.” 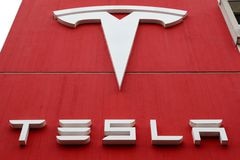 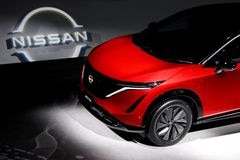 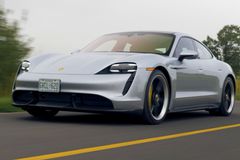