A top U.S. health official said Gilead Sciences Inc’s experimental antiviral drug remdesivir is likely to become the standard of care for COVID-19 after early results from a key clinical trial on Wednesday showed it helped certain patients recover more quickly from the illness caused by the coronavirus.

Preliminary results from a U.S. government trial show that patients given remdesivir had a 31 per cent faster recovery time than those who received a placebo, results hailed by Dr. Anthony Fauci, the nation’s top infectious disease expert, as “highly significant.”

Gilead earlier on Wednesday said remdesivir helped improve outcomes for patients with COVID-19 in the government-run trial, and provided additional data suggesting it worked better when given earlier in the course of illness, sending its shares up more than 7 per cent.

“The data shows that remdesivir has a clear cut significant positive effect in diminishing the time to recover. This is really quite important,” Fauci told reporters at the White House, likening it to a moment in 1986 “when we were struggling for drugs for HIV and we had nothing.”

“This will be the standard of care,” Fauci predicted, adding, “The FDA, literally as we speak, is working with Gilead to figure out mechanisms to make this easily available to those who need it.”

The closely watched drug has moved markets in the past few weeks following the release of several studies that painted a mixed picture of its effectiveness, and Fauci cautioned that the full data still needs to be analyzed.

Interest in Gilead’s drug has been high as there are currently no approved treatments or preventive vaccines for COVID-19, and doctors are desperate for anything that might alter the course of the disease that attacks the lungs and can shut down other organs in severe cases, until a preventive vaccine emerges.

Those results have been highly anticipated because it compares how patients who received remdesivir fared versus those given a placebo, meaning it should definitively demonstrate whether the drug provides benefit.

The trial’s lead researcher told Reuters on Friday that full results could come by mid-May.

“While a new study offers a glimmer of hope that ... remdesivir has an effect against COVID-19, determination of its benefit for the general population must await release of pertinent details to evaluate the study’s findings and scientific analysis comparing them to other studies of the drug that have shown mixed results,” he said in a statement.

Gilead also provided data on a study in severe COVID-19 patients it has conducted in dozens of medical centers, which does not have a placebo comparison but tested the drug given by intravenous infusion under five-day and 10-day regimens.

Gilead Chief Medical Officer Merdad Parsey in a statement said a five-day regimen, “could significantly expand the number of patients who could be treated with our current supply of remdesivir.”

Also on Wednesday, results were published by the Lancet medical journal of a trial conducted in China that concluded remdesivir failed to improve patients’ condition or reduce the pathogen’s presence in the bloodstream. Gilead said previously that those findings, released inadvertently by the World Health Organization last week, were inconclusive because the study was terminated early.

Gilead Chief Executive Daniel O’Day earlier this month said the company was prepared to donate 1.5 million doses of remdesivir to hospitals dealing with severely ill patients. Regulatory approval of the drug would also clear the way for commercial sales.

Remdesivir, which previously failed as a treatment for Ebola, is being tried against COVID-19 because it is designed to disable the mechanism by which certain viruses make copies of themselves and potentially overwhelm their host’s immune system.

The company is also studying the drug in patients with less severe COVID-19, but those results are not expected until later next month. 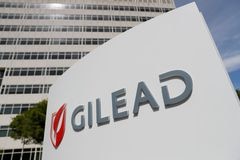 Coronavirus drug hopefuls are cheap to make but may be in short supply
April 10, 2020 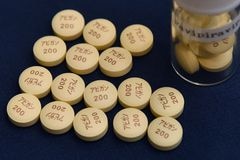