Since the outbreak of the coronavirus in January, major brands across virtually every sector of the world economy – from food to fashion to entertainment to technology – have seen their business in China suffer.

Those companies have come to rely on China for its efficient factories, increasingly affluent consumers and years of hard-charging economic growth.

Now the coronavirus is forcing them to restrict corporate travel to mainland China or temporarily shutter stores, offices, restaurants and theme parks. And the disruption to Chinese manufacturers has rippled through global supply chains, making it difficult for companies to obtain parts for everything from cars to video game consoles.

It’s too early to assess the full financial effect of the outbreak. Much remains unknown, including when Chinese businesses will reopen and whether the spread of the virus will cause similar disruptions in other parts of the world.

But over the last few days, big companies have revealed, with varying degrees of specificity, how the virus has affected them.

Here’s what we know so far.

Disney has offered one of the more detailed assessments of how the coronavirus is affecting business.

For more than a week, its theme parks in Shanghai and Hong Kong have been shut. The closures are expected to reduce the company’s operating income by $175 million in the second quarter, Christine McCarthy, chief financial officer, said on an earnings call.

Canadian film company IMAX was forced to postpone the release of five films it had planned to showcase in China during the Lunar New Year holiday period.

In Japan, Nintendo, which makes video games and gaming devices, said that shipments of its Switch game console to Japanese customers would be delayed.

And this week, officials in the Chinese city of Macao asked its 41 casinos to close for half a month. The move will hit U.S. casino operators in the region.

Wynn Resorts is losing $2.4 million to $2.6 million every day that its casino in Macao remains closed because of the coronavirus, the company’s chief executive said.

Tim Cook, chief executive of Apple, told analysts in January that the company’s suppliers could be disrupted and that traffic to its stores in China had dropped.

Apple has a large sales presence in China and assembles most of its products there. Cook said that some Apple suppliers would remain closed and that traffic into its stores in the country had fallen off.

Qualcomm, which makes smartphone chips, is also hurting. Last year, nearly half its revenue came from China, a major hub for smartphone manufacturing and sales.

The company’s chief financial officer, Akash Palkhiwala, told investors this week that the company had reduced the low end of its earnings guidance for the next three months because of the uncertainty created by the outbreak.

Many auto plants have shut down in China because of the virus, including factories run by Tesla, Ford and Nissan.

Hyundai, the world’s fifth-largest automaker, said it would temporarily stop production lines at its factories in South Korea because of shortages of Chinese parts, while other auto companies, like Volkswagen and Daimler, said they planned to reopen their factories in China next week if they received government authorization.

Fiat Chrysler warned that the outbreak could disrupt production at one of its European plants in the next few weeks, Reuters reported. But the company’s chief executive said it wasn’t changing its financial guidance for 2020.

Over the last couple of weeks, a series of major airlines have cancelled flights to China, including Delta, United and American. But the airlines have said little about how the cancellations will affect their bottom lines. Analysts estimate that the effect should be relatively small.

United draws only about 4 per cent of its revenue from service to China, while it counts for just 3 per cent of Delta’s revenue and 2 per cent at American, according to Helane Becker, an airline analyst with Cowen Research.

Also cutting back sharply is Air China, the largest operator of non-stop U.S.-China flights by passengers flown. On Thursday it was granted permission to severely limit service between the two countries, the Transportation Department said.

Several hundred of the approximately 3,300 McDonald’s restaurants in China have closed. But the company’s chief executive, Chris Kempczinski, said the overall effect on profits would be “fairly small” if the virus stayed contained.

Starbucks has closed more than half its 4,300 stores in China and delayed a planned update to its 2020 financial forecast, saying it expects a material but temporary hit.

And Yum Brands, operator of KFC and Pizza Hut franchises in China, said that nearly one-third of its restaurants were closed because of the outbreak. The remaining stores have seen a major drop in sales.

About half the Nike stores in China have shut, and those that remain open have shortened hours, the company said. Nike has not released a precise estimate of the financial repercussions but told investors that it expects “the situation to have a material impact on our operations in Greater China.”

Burberry also warned investors that the outbreak was having a “material negative effect on luxury demand.” Twenty-four of its 64 stores in mainland China are closed, and those that remain open, with reduced operating hours, are seeing fewer shoppers than usual, the company said. Tapestry, the U.S. luxury giant that owns Kate Spade, Coach and Stuart Weitzman, said the outbreak could reduce its sales by up to $250 million in the second half of the year.

And Estee Lauder, the luxury cosmetics company, warned that the outbreak would hurt its financial results “in the near term,” predicting that sales in the third quarter of 2020 would be the most affected. The spread of the virus has slowed air travel and tourism, reducing store traffic in key global shopping areas, it told investors. 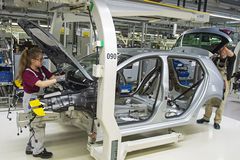 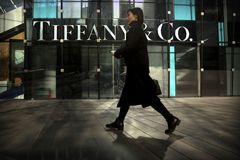