Laurence Frost and Sarah Young
PARIS and LONDON
Reuters
Published May 28, 2021 Updated May 28, 2021
Comments
Text Size
Please log in to listen to this story. Also available in French and Mandarin. Log In Create Free Account

The increasingly effective green backlash against oil majors by activists and shareholders is a welcome development for the aviation industry as it prepares to raise its own environmental goals, the head of global airline body IATA said on Friday.

Willie Walsh, director general of the International Air Transport Association, said that challenges of the kind encountered by Exxon , Chevron and Shell this week could boost investment in the lower-emission fuels so desperately needed by airlines.

“I think it’s great that the oil industry has been criticized. Anything that accelerates the production of sustainable fuels is a positive,” Walsh told Reuters.

Oil majors suffered a trio of defeats on Wednesday as 61 per cent of Chevron shareholders demanded end-use emissions cuts and Exxon Mobil saw a pair of activist candidates elected to its board to push climate demands. A Dutch court also ordered drastic emissions cuts by Royal Dutch Shell.

The COVID-19 pandemic has increased the focus and pressure on climate emissions, said Walsh, the former boss of British Airways and its owner IAG.

Global airlines that have so far pledged to halve net emissions by 2050 will be asked to go further at IATA’s annual meeting in October, Walsh said, confirming indications given by his departing predecessor, Alexandre de Juniac.

Walsh said the previous 2009 goal had been overtaken by the Paris Agreement and resulting pledges from governments and companies – including many airlines – to eliminate net emissions by mid-century.

“Anything less than net-zero by 2050 will be disappointing for the industry and will leave us open to criticism that we’re not doing enough,” he said while acknowledging that some states including China still consider the target too ambitious.

Raising the aviation goal will require investment burden-sharing by energy companies and aerospace manufacturers, as well as removal of fuel-wasting air traffic control inefficiencies that are particularly acute in Europe, Walsh said.

A new push to replace Europe’s airspace patchwork with a “single European sky” has foundered on diplomatic and military objections, a senior Brussels official said this week.

The European Union plans to require airlines to use a minimum percentage of sustainable aviation fuels (SAF), made from waste oil, biomass or synthetically with renewable power.

Latest-generation jets are certified to run on anything up to 50 per cent SAF – a proportion that could be increased to help aviation meet its goals until new propulsion technologies arrive, Airbus Chief Executive Guillaume Faury told Reuters.

The European plane maker wants to “trigger investments so that we increase very significantly the percentage of SAF with the planes we are delivering today,” he said on Thursday.

Rolls-Royce this month announced a business jet engine that runs on pure SAF, and sources say work is under way to extend the capability to larger aircraft engines this decade.

Airbus has also pledged to put a hydrogen-powered airliner into service by 2035, with technology that CEO Faury described as “less challenging that what we saw two or three years ago.”

“We’re going to hold them to that, because it’s a big part of the solution.” 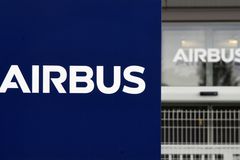 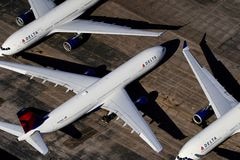 Why herd immunity to COVID-19 is proving elusive – even in highly vaccinated countries
May 27, 2021 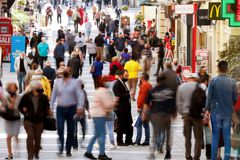