The International Monetary Fund and the World Bank, citing growing concerns about the fast-spreading coronavirus, on Tuesday said they will adopt a “virtual format” for their Spring Meetings instead of convening in person in Washington.

The institutions’ Spring Meetings, scheduled this year for April 17-19, usually bring some 10,000 government officials, business people, civil society representatives and journalists from across the globe to a tightly packed, two-block area of downtown Washington that houses their headquarters.

Officials said the IMF will still release an updated World Economic Forecast that will likely include a downgrade of its global outlook due to the outbreak, which has taken a heavy toll on air travel, manufacturing and tourism around the globe.

The institutions began considering the move as the disease continued to spread rapidly around the world after emerging in China in late December.

There are now almost 91,000 cases globally, including 80,000 in China, and over 3,000 people have died. Infections have appeared in 77 countries and territories outside China, with Argentina the latest to report its first case.

The coronavirus outbreak is plunging the world economy into its worst downturn since the global financial crisis more than 10 years ago, the Organization for Economic Cooperation and Development warned on Monday.

Georgieva and World Bank President David Malpass said in a joint statement that they were focused on ensuring the health and safety of participants and staff.

An IMF official said that one possible exception to the virtual meetings shift is that the 24-member International Monetary and Financial Committee – the Fund’s steering committee – may still meet face to face.

Details for the meeting are still being worked out, the official said. The equivalent panel at the World Bank, the Development Committee, is planning to meet in a virtual format, a World Bank spokesman said.

Some experts say the decision to make the spring meetings virtual could become permanent since it would save money, time and reduce the institutions’ carbon footprint.

Malpass told reporters the twice-yearly meetings were “sizable affairs” and did not rule out a more permanent change.

“We’ll have to look at the experience with the virtual meetings and see how it goes,” he told a news conference.

Scott Morris, a former U.S. Treasury official and now a senior fellow at the Center for Global Development in Washington, said Malpass had long been critical of the events.

“You sort of see this alliance forming of the younger generation, which is much more attuned to technology, climate impact and emissions associated with these meetings and David Malpass, who... sees them as a waste of time,” Morris said.

Physical gatherings, however, do offer smaller countries the opportunity to have bilateral meetings with a wide variety of other governments, he said.

The rapid spread of the virus raised concerns inside the IMF and the World Bank that the close interactions among people from their 189 member countries at the Spring Meetings could inadvertently contribute to the problem.

After the Sept. 11, 2001 attacks on New York and Washington, the IMF and World Bank cancelled their annual meetings scheduled for later that month in the U.S. capital. The meetings were reconvened in November 2001 in Ottawa, Canada.

The bylaws of both institutions state that their annual meetings of boards of governors, normally held in the fall, must be held in person.

The two institutions released a fact sheet about the decision. 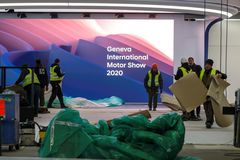 G7 vows to use ‘all appropriate’ tools to battle virus impact
March 3, 2020 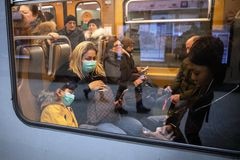 European airlines warn the worst is yet to come for the industry as coronavirus hampers travel demand
March 3, 2020 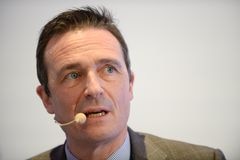