Exxon Mobil Corp. , BP and other large oil companies collectively lost tens of billions of dollars last year, posting their worst performance in years and, for some companies, in decades.

The pandemic was largely to blame. It sapped demand for gasoline, diesel and jet fuel as countries and states locked down and people stayed home. But such painful years could become more commonplace as growing concerns about climate change, tighter regulations and the rise of electric cars and trucks force a reckoning for an industry that has dominated the global economy over much of the past century. General Motors further raised the stakes for the industry last week when it said it aimed to do away with internal combustion engines and sell only electric cars by 2035.

The oil industry is slowly transitioning to a future dominated by cleaner energy. BP, Royal Dutch Shell , Total and other European companies are investing considerable resources in offshore wind and solar energy while cutting back on oil. But those investments are unlikely to pay off for years, maybe even a decade or two.

The American oil majors have been far slower to pivot from fossil fuels, but they are feeling increasing pressure from investors to change their business models. Exxon said this week it was investing US$3-billion in a new business called Low Carbon Solutions, which will initially focus on carbon capture and sequestration projects.

On Tuesday, Exxon reported that it lost US$22.4-billion in 2020, compared with a profit of US$14.3-billion in 2019. Much of the loss came from a US$19.3-billion writedown of assets, including natural gas operations that the company acquired when energy prices were much higher.

And BP said Tuesday that it lost US$5.7-billion last year – its first loss in a decade. The company made a US$10-billion profit in 2019. Now the company is cutting at least 10,000 jobs from a workforce of about 70,000 people and selling some US$25-billion in businesses it decided it didn’t need anymore.

Conoco Phillips, the largest American independent producer, lost US$2.7-billion for the year. Chevron Corp. said last week that it lost US$5.5-billion, down from a profit of US$2.9-billion in 2019.

Still, oil executives tried to strike an optimistic tone when speaking about the future, arguing that their business would bounce back in 2021 as vaccine distribution accelerates and economic activity recovers from the depths of the pandemic.

“We see more opportunity down the road,” Darren W. Woods, Exxon’s chief executive, who normally skips the company’s quarterly conference call with Wall Street analysts, said on the call Tuesday. “I feel good about where we are today. As I look at the first quarter we are already ahead of where we thought we would be.”

Through much of the past year, investors had soured on Exxon, and Wall Street was rife with rumours that the company would slash its dividend to preserve cash. The share price had plummeted by roughly half from early last January – sinking to as low as US$31 in November, its lowest level in nearly 20 years.

But Exxon’s share price has climbed back to about US$46, principally because energy prices have recovered strongly in recent weeks. Oil prices are up by nearly 10 per cent this year, and the blizzard in the Northeast is driving up natural gas prices because the fuel is used to heat homes and businesses. Exxon’s dividend now appears safe. And aside from the writedowns, Exxon made a small profit in the last three months of the year.

“The industry has been to hell and back,” said Michael C. Lynch, president of Strategic Energy and Economy Research. “They’ve mostly survived the worst circumstances they have ever faced and it’s all but certain things will look up from here in terms of price and demand.”

Goldman Sachs has predicted that oil prices could rise another US$10 a barrel, to as high as US$65 by July. That would be a remarkable recovery from prices that languished at less than half that for much of 2020, though it would remain far below prices of a decade or so ago, when a barrel of oil surpassed US$140 and oil companies were making record profits.

Even now, when conditions seem to be improving, the industry’s prospects remain uncertain. Because of the emergence of new coronavirus variants, it is not clear how quickly the United States, Europe and other major economies will get virus spread under control. And then there are the larger questions about climate change.

BP’s chief executive, Bernard Looney, has pushed his company to invest heavily in areas like offshore wind farms and hydrogen production to prepare for a world that uses less oil and gas. But he acknowledged Tuesday that the payoff from some of these investments might not come until the 2030s and that the company would remain reliant on oil and gas for its profits for some time.

“That is one of the good things about being a company in transition,” Mr. Looney said.

Exxon has taken a different tack. But even its chief executive appeared to acknowledge that the industry was in for more turbulence.

“We don’t know where prices are going to go,” Mr. Woods told analysts. “Our plan is to rebuild the balance sheet so we can be in a position going forward to absorb any shocks that come in the future.” 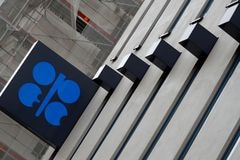 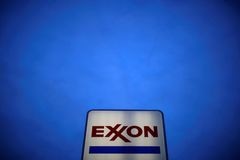