For the better part of three years, U.S. President Donald Trump’s trade war with China strained relations between the world’s largest economies. Now, the trade pact the two countries signed in January appears to be the most durable part of the U.S.-China relationship.

Tensions between the United States and China are flaring over the coronavirus, which the Trump administration accuses China of failing to control, as well as accusations of espionage, intellectual property theft and human rights violations. U.S. officials on Tuesday ordered the closing of the Chinese Consulate in Houston, saying that diplomats there had aided in economic espionage, prompting China to order the closing of the U.S. Consulate in Chengdu.

Earlier in the week, the Trump administration added another 11 Chinese companies to a government list barring them from buying American technology and other products, citing human rights abuses against predominantly Muslim ethnic minorities in the Xinjiang region in China’s far west. The two countries are also clashing over China’s security crackdown in Hong Kong, its global 5G ambitions and its territorial claims in the South China Sea.

But unlike previous moments of heightened tensions between the U.S. and China, Mr. Trump has not threatened to impose additional tariffs on Chinese goods or take other steps to punish companies that export their products to America. And neither side is threatening to rip up the initial trade deal they signed in January, which took years of painful negotiations to complete.

Trade, long the most contentious part of the U.S.-China relationship, has suddenly become an area of surprising stability.

The reasons have more to do with politics than diplomacy. Both the Trump administration and Chinese leaders invested time and political capital in reaching their initial trade deal, which removed barriers for foreign firms doing business in China and strengthened the country’s intellectual property protections. The deal also required China to purchase an additional US$200 billion of American goods by the end of next year, including some agricultural goods such as soybeans, pork and corn from farm states that are crucial to Mr. Trump’s re-election chances.

As tensions between the two countries rise again, both sides appear to think they have more to lose from rupturing the agreement than they would gain.

“Ironically, trade has become an area of cooperation or stability,” said Michael Pillsbury, a China expert at the Hudson Institute who advises the Trump administration.

In some ways, the signing of the sought-after trade deal in January has paved the way for the Trump administration to press China on other fronts. In pursuit of a trade deal, the Trump administration had long shelved various actions to address other concerns about China, including its human rights abuses in Xinjiang, its crackdown in Hong Kong and security threats and sanctions violations by Chinese technology and telecommunications companies such as Huawei and ZTE.

As painful as the trade war was for companies on both sides of the Pacific, it provided a strange source of stability for the U.S.-China relationship by focusing the conflict between the countries on purely economic matters. With trade no longer the source of friction, tensions are spilling over into diplomacy, security and technology, issues that are more contentious and trickier to solve.

The technological divide between the U.S. and China, which censors its internet with the help of its so-called Great Firewall, is growing larger. China is considering whether to extend new internet controls to Hong Kong, while the Trump administration is weighing potential action against Chinese-owned social media services, such as TikTok and Tencent’s WeChat.

The U.S. has been pressuring other countries to ban equipment from Huawei, which it views as a surveillance and national security threat, from wireless networks around the globe, including in Britain, which recently barred the Chinese telecom giant. On Thursday, cybersecurity researchers revealed that a popular Chinese-made drone was collecting large amounts of personal information that could be exploited by Beijing.

Geopolitical tensions are rising, too. Clashes between Chinese and Indian troops over their disputed border in the Himalayas have resulted in fatalities. U.S. officials have increased their criticisms of China’s actions in the South China Sea, calling Beijing’s claims to the disputed waters “completely unlawful.” In April, the U.S. sent two warships into disputed waters near Malaysia as a show of force after a Chinese government vessel tailed a Malaysian state oil company ship for days.

U.S. officials say that China’s behavior has become increasingly provocative in recent months, prompting tougher action not just from the U.S. but also Australia, Britain, India and other nations. Some public figures in China have blamed increasing tensions on Democrats and Republicans in the U.S. competing to appear tougher on China before the general election in November.

Jia Qingguo, a professor at Peking University’s School of International Studies, said in an online panel hosted by the National Press Foundation on Thursday that the U.S. and China were not yet in a new Cold War, but they were heading in that direction with “accelerating speed, thanks to the Trump administration.”

“If the current momentum continues, I think the two countries are likely to end up in a Cold War and maybe even in a hot one,” Prof. Jia said.

The Chinese government is trying to keep trade matters separate from other frictions in the bilateral relationship, though that has proved more difficult as the two countries begin closing each other’s consulates.

“Comparatively speaking, trade I think is more stable and more quiet,” said He Weiwen, a former Chinese commerce ministry official and now a senior fellow at the Center for China and Globalization, a nonprofit research group in Beijing. But he said there are reasons to be worried going forward.

“I’m quite concerned about the trade relationship ahead, because we need a calm, stable political environment,” said Mr. He, who is also an executive council member of the China Association of International Trade.

Chinese officials and experts argue that recent difficulties in bilateral relations between Washington and Beijing are caused by the Trump administration and not by the Chinese government, which has tried to address different challenges in the relationship individually, rather than linking them together for leverage.

“China has made all efforts to smooth the relationship with the U.S.,” said Tu Xinquan, the dean of the China Institute for World Trade Organization Studies at the University of International Business and Economics in Beijing.

“Though it is admitted that there are problems between the two countries, China has never planned an all-out whole-government strategy against the U.S.,” he said.

While the trade truce is holding for now, that could prove fleeting if Mr. Trump decides Beijing is not living up to its side of the deal. The agreement left tariffs in place on more than US$360 billion of Chinese goods and ushered in a détente that forestalled further tariff increases by either side.

But the President views tariffs as one of his most effective and reliable tools, a powerful cudgel to wield against foreign countries that doesn’t require the approval of Congress. And China appears to be lagging far behind on the purchases of America products it pledged to make as part of the trade deal, partly as a result of the pandemic.

Analysts have long viewed those targets as unrealistic. But Mr. Trump sees those purchases as crucial to narrowing the U.S. trade deficit and boosting the fortunes of farmers and businesses, and thus his re-election prospects.

“The President has repeatedly said if they don’t make the purchases, I will terminate the deal,” Mr. Pillsbury said.

As China shakes off the coronavirus, its purchases of American products appear to be ticking up. Data from China’s General Administration of Customs shows that the country’s imports from the U.S. were up 15.1 per cent in June from the same month last year, when calculated in China’s currency, the renminbi, compared to a 5.2 per cent increase in China’s exports to the U.S.

Agricultural imports from the U.S. have been especially strong this summer, with two of the three largest Chinese purchases ever of American grain occurring this month.

On Thursday, Mr. Trump pointed to record-setting purchases of corn made by China. But, he added that “the trade deal means less to me now than it did when I made it.”

“Can you understand that? It just means much less to me,” the President said.

For now, Mr. Trump and his trade advisers are mostly defending China’s efforts to live up to the trade deal, saying China has been taking crucial steps to open its agricultural markets and financial system.

“I don’t think it’s going away,” Jamieson L. Greer, a former chief of staff to the U.S. Trade Representative, who is now a partner at the law firm King & Spalding, said of the initial trade deal. “The Chinese really needed it, and the administration has every incentive to keep it, too.” 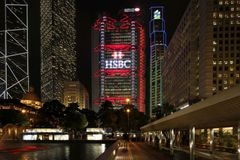