Saudi Arabia, the world’s largest oil exporter, and other major oil-producing countries are likely to increase their output in August, as coronavirus lockdowns ease and demand begins to rise again.

The Organization of the Petroleum Exporting Countries, Russia and other producers are expected to modestly ease the record production cuts that they agreed to in April and later extended through July. A committee of key officials from OPEC and Russia will meet on Wednesday by video conference to discuss their approach to the market.

The oil-producing countries want to make sure that they maintain or increase their share of the recovering market.

But analysts say that the actions by OPEC and its allies could be outweighed by the impact of the pandemic on demand. The International Energy Agency said oil demand fell by more than 16 million barrels a day in the second quarter compared with the same period in 2019. The Paris-based group is forecasting a strong recovery but said the spread of the virus in countries like the United States and Brazil and elsewhere “is casting a shadow” over the outlook by raising the prospect of further lockdowns that could discourage driving and other activity.

Total demand for gasoline in the United States rose in early July, a big month for driving, the agency said, citing data from the research firm Kayrros, but it fell in Texas, Arizona and Florida, which have seen recent surges in reported cases of infection.

“We could be in for a second dose of falling demand,” said Bill Farren-Price, a director at RS Energy Group, a market research firm.

Oil prices have been on a wild ride in the last few months. They plummeted in April into negative territory, despite a deal days earlier by OPEC and the other oil-producing nations for deep cuts in their May and June production, as demand collapsed and the world ran out of places to put all the oil the industry was pumping out. But a month later, as the global economy started to show signs of life and the production cuts by OPEC and producers in the United States began to take effect, oil prices climbed back above US$30 a barrel.

In early June, with road traffic, air travel and other activity still depressed, the group, known as OPEC Plus, decided to extend the 9.7-million-barrel-a-day cuts through July. The Saudis also reduced production “voluntarily” by another 1 million barrels a day in June to the lowest levels in three decades.

Unless there is a change in thinking, the production cuts will ease to 7.7 million barrels a day – still a large amount – in August, as agreed in April.

On Friday, Brent crude traded at US$43.24 a barrel, still about 35 per cent below the level at the beginning of year, and West Texas Intermediate, the American benchmark, was trading at US$40.55 a barrel.

The International Energy Agency said it did see some encouraging signs for the oil market. For instance, it said, the amount of oil stored on ships fell in June by about 35 million barrels from record levels of over 200 million barrels in May – a sign that increasing consumption may be beginning to work off the glut that has built up.

An OPEC delegate said that demand was improving globally, especially in China and India, which are major importers and customers for the OPEC countries.

In an interview in April, Prince Abdulaziz bin Salman, the Saudi Oil Minister, said that Saudi Arabia would go to great lengths to protect the Asian market, the destination of around 50 per cent of Saudi oil.

“Nobody is going to fiddle with our backyard,” he said. 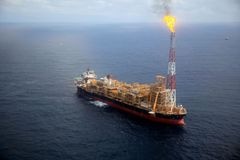 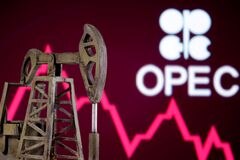 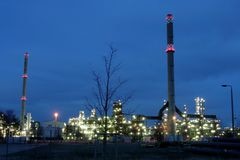