Police and public prosecutors raided Wirecard’s headquarters in Munich and four properties in Germany and Austria on Wednesday as they widened their investigation into the financial payments company that collapsed last week.

Wirecard filed for insolvency last week owing creditors almost US$4-billion after disclosing a €1.9-billion (US$2.1-billion) hole in its accounts that its auditor EY said was the result of a sophisticated global fraud.

The implosion of a financial technology company once seen as one of the hottest prospects in Europe has led to political finger-pointing in Germany and new investigations into potential financial skulduggery from the Philippines to Mauritius.

German prosecutors said on Wednesday they were widening their investigation to include suspected fraud, in addition to market manipulation and falsifying of accounts.

None of the four could immediately be reached for comment.

Mr. Braun, who is Austrian, was arrested last week and released on bail. Germany has issued an arrest warrant for Mr. Marsalek, who was last believed to be in the Philippines. His lawyer declined to comment. Mr. Von Knoop and Ms. Steidl were still working for Wirecard, according to recent information from the company.

In parliament, the head of Germany’s financial regulator BaFin defended its record in the face of criticism that its supervision of Wirecard was lax.

BaFin, which oversaw Wirecard’s banking subsidiary, has taken most of the flak for the scandal so far. Sources have told Reuters that regulators discussed labelling Wirecard a financial holding company in 2017 and 2019, which would have allowed BaFin greater scrutiny, but took no action.

BaFin president Felix Hufeld told lawmakers in a closed-door session the decision not to change Wirecard’s status was taken with the Bundesbank and European Central Bank (ECB), according to his spokeswoman, who stressed Mr. Hufeld did not blame the ECB.

The Bundesbank and the ECB both declined to comment.

The central bank and financial services regulator in Mauritius said on Wednesday they had launched an investigation into whether Wirecard was linked to “round-tripping” with an entity registered in the offshore African financial centre.

Round-tripping is a kind of accounting fraud that entails booking fake transactions with counterparties that appear to be at arms length but are not, and is typically undertaken by companies seeking to inflate reported revenues.

Wirecard’s administrator Michael Jaffe, meanwhile, has started scouting for potential buyers of the company’s assets to recoup some money for creditors. He said investors from around the world had contacted him already.

Wirecard’s U.S. subsidiary – which was Citi Prepaid Card Services before Wirecard bought it in 2016 – has already been put on the block.

Investment banking boutique Moelis has been hired to find a buyer for the U.S. business while Alvarez & Marsal is sounding out interest in Wirecard’s U.K. subsidiary, according to people familiar with the matter.

“For any buyer, the most interesting aspect may be Wirecard’s customer list and the contracts for processing payments for credit card firms,” one investment banker said.

Wirecard, which was founded in 1999, started out handling payments for gambling and adult websites and now processes payments for major global companies including Visa and Mastercard.

Mr. Jaffe has started marketing Wirecard’s assets to rivals such as Ingenico, Adyen, Worldline and Nets, as well as to banks and private equity groups, though time was of the essence, people familiar with the matter said.

“Key customers and employees are starting to turn their backs on Wirecard, significantly reducing its value. If Visa and Mastercard pull out it’s game over,” one of the people said.

While some of the operating assets were expected to find new homes, the fate of Wirecard’s bank – which has been ring-fenced to prevent any outflow of cash – remains unclear.

“Wirecard Bank is still not insolvent. Payouts to merchants and customers of Wirecard Bank are being executed without restrictions,” the administrator said.

While the administrator may recover some money from selling Wirecard’s assets, some creditors are losing patience.

British bank Lloyds sold a 120 million euro tranche of Wirecard’s revolving credit facility to 10 investors at about 17 cents on the euro, a person close to the matter said, adding that others creditors were also trying to off-load loans.

German asset manager Union Investment, which had big investment in Wirecard, followed other investors in saying it was considering legal action.

Wirecard bondholders are also discussing whether or not they can take legal action against the banks that organized the sale of the securities, according to a source close to the investors. 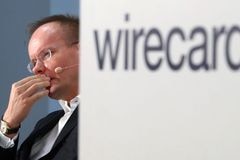 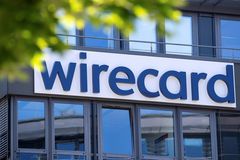 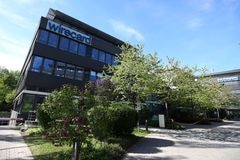