Robinhood has already changed how people trade stocks and who’s doing it. Now its sights are on the rest of the financial industry.

Shares of Robinhood Markets traded for the first time on the Nasdaq Thursday, following the highly anticipated initial offering by the company that’s drawn a new generation of investors into the market and forced the industry to stop charging fees for trading. Shares swung sharply through the day before ending with an 8.4% drop. But while the IPO is a milestone, it’s not a culmination, according to CEO Vlad Tenev.

In an interview with The Associated Press, Tenev said he wants Robinhood to be the only app that people use on their phones for money. That covers everything from depositing paychecks to paying bills to splitting payments with friends.

Tenev, who founded Robinhood with fellow Stanford graduate Baiju Bhatt in 2013, also said he accepts how his company has become synonymous with the boom in trading by smaller-pocketed and novice investors, for both good and ill. Such investors are getting their first chance to grow their wealth, after years of falling further behind stock-owning households, but they also have been criticized for making too many risky trades with their new-found app.

Early this year, they almost single-handedly sent GameStop and a group of other “meme stocks” to heights professional investors called dangerously irrational. The mania led to big losses for some hedge funds, multiple halts in trading for stocks and congressional hearings asking who was getting hurt. It also forced Robinhood to temporarily bar its customers from making some GameStop trades, after it suddenly had to post much more in collateral to its clearing houses that process its trades.

Critics say the company based in Menlo Park, California, encourages unsophisticated investors to make dangerous bets by making it seem too much like a game. But Tenev said he wants his app to encourage everyone to profit from the stock market, not just the elite. This interview has been edited for clarity and for length.

Q: This year started off rocky for Robinhood with the GameStop saga. Is the IPO a sign the company has turned the corner?

Q: Your app makes it fun and easy to trade, but that’s something you get criticism for, both on Wall Street and from regulators. Is that criticism justified?

A: I don’t think so. We accept that there’s always things that we could be doing better, and we’re investing a lot in making sure that customers are educated. Ultimately, though, more access is better. And the stock market in particular has been a great source of wealth creation for so many people. It’s been reserved for the 1% for a very long time. So we’re proud to give access and to make it easier for people to use.

Q: Why is Robinhood the lightning rod for so much criticism?

A: Well, I think that Robinhood has become synonymous with retail investing and the individual investor in America, and with that comes good things and the downsides of it as well. You hear “Robinhood investors,” and that’s kind of become the new term for retail investors. So I think it’s a positive thing, that helps get the brand out there. But whenever there’s criticism for the industry, since we represent it, we to some degree have to answer to it.

Q: When you look at your customers, do you think they see it as entertainment at all?

A: Well, I think that in general, it’s important for our customers to enjoy using our products. I think if there’s no enjoyment to it, if there’s no joy in your investing, you’re just going to do less of it. So we want to make our products easy to use, but it’s also important for people to be educated, to be informed. And that’s why we’ve been investing so much and making sure our products are safe and we provide all of the educational tools that our customers need to succeed.

Q: When GameStop was shaking Wall Street, people were saying it was the “Robinhood gang” taking over the market. Does the use of that term bother you?

A: If it’s being discussed or used pejoratively, certainly, because it’s such a broad brush. What you’re seeing is a lot of these customers building portfolios, and they’re largely buying and accumulating stocks. So I think a lot of people are engaging in long-term beneficial behaviours. So it is a little bit unfair that a large group of people is sort of painted with the brush of a relatively small group of people.

Q: What do you think personally when people say Robinhood makes the stock market a casino, or more of a casino than it would be otherwise?

A: I think it’s a big, big mischaracterization because if you look at it, the stock market has been one of the greatest wealth creation tools. We should be encouraging access to it and not denigrating people that are able to use it. So in a sense, you’re hearing when wealthier customers are engaging in the stock market, it’s investing. But when the rest of us are accessing the stock market, it’s gambling. And I think that rhetoric just has to go.

Q: One out of every $20 Robinhood made at the start of the year came just from dogecoin. How important are Bitcoin and other cryptocurrencies to the long-term strategy?

A: It’s certainly an area we’re interested in. I mean, it’s in many ways the future of the financial industry, according to a lot of people. So we want to make sure that we’re there, and we’re serving customers well as they’re interested in exploring this new asset class. So, no doubt, crypto has been very culturally relevant through the first six months of the year.

Q; What will Robinhood look like in the future?

A: Over time, we want to be the single money app, the most trusted and most culturally relevant money app worldwide. So, everything that you use your money for, you should be able to do through Robinhood.

Any time you receive a paycheque direct deposit, we’d like you to do that through Robinhood. Your emergency fund, your bill pay, your day-to-day spending, we’d like for customers to use us for that. And of course, all types of investing ranging from more discretionary investing to long-term retirement savings as well.

Q: After the IPO, you may be worth more than $2 billion. Are there any social causes that you’re thinking of championing?

Q: So you’re not going to buy a ticket to space? I heard your favourite planet was Venus.

A: Not a very hospitable planet to visit, it turns out. I like all the planets. Earth is pretty good, too, so I’m happy staying here for the time being. 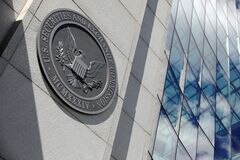 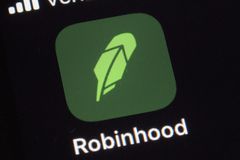