The Suez Canal stepped up efforts on Friday to free a stuck mega vessel, after an earlier attempt failed to end a blockage that has lifted shipping rates for fuel tankers and scrambled global supply chains for everything from grains to baby clothes.

U.S. President Joe Biden said his administration was looking at what it could do to help, after the 400-meter (430-yard) long Ever Given ran aground in the vital trade waterway on Tuesday due to strong wind.

“We have equipment and capacity that most countries don’t have. And we are seeing what help we can be,” Biden told reporters in Delaware.

A U.S. official, speaking on the condition of anonymity, said the Navy was prepared to send a team of dredging experts to the canal, but was awaiting approval from local authorities.

Shipping rates for oil product tankers nearly doubled after the ship became stranded, and efforts to free the giant vessel may take weeks and be complicated by unstable weather, threatening costly delays for companies already dealing with COVID-19 restrictions.

All its 25 crew members, who have remained on board, were safe, in good health and spirits, Bernhard Schulte Shipmanagement (BSM), the Ever Given’s technical manager said.

The Dutch rescue team had confirmed two additional tugs would arrive on March 28 to help dislodge the ship after an attempt to re-float it on Friday failed, BSM said.

“There have been no reports of pollution or cargo damage and initial investigations rule out any mechanical or engine failure as a cause of the grounding,” a BSM statement said.

The Suez Canal Authority (SCA) said efforts to free the ship by tug had resumed following the completion of dredging operations at its bow to remove 20,000 cubic meters of sand.

“The tugging operations require the availability of a number of supporting factors including wind direction and tides, which makes it a complex technical process,” the authority said.

The SCA welcomed a U.S. offer to help. Turkey also said it can send a vessel to the canal, amid a push by Ankara to repair ties with Egypt after years of animosity.

The suspension of traffic along the channel linking Europe and Asia has deepened problems for shipping lines already facing coronavirus-related disruption in supplying retail goods to consumers.

The blockage could cost global trade $6 billion to $10 billion a week, a study by German insurer Allianz showed on Friday.

Ratings agency Moody’s expects Europe’s manufacturing and car parts suppliers to be most affected because they operate “just-in-time” supply chains, and said port congestion and further delays to the supply chain were “inevitable.”

Retired British Royal Navy commander Tom Sharpe said the best bet for the next attempt would be a high tide on Sunday, but because the ship was aground both front and rear there was a risk the hull could rupture if rescuers pulled too hard.

Mohab Mamish, the Egyptian presidential adviser on Suez Canal projects and sea ports, told MBC Misr TV a floating crane should be use to transfer some of the Ever Given’s containers to another ship to lighten the vessel and enable it to float.

About two dozen ships could be seen from the shores of Port Said on Friday morning, according to a Reuters witness. 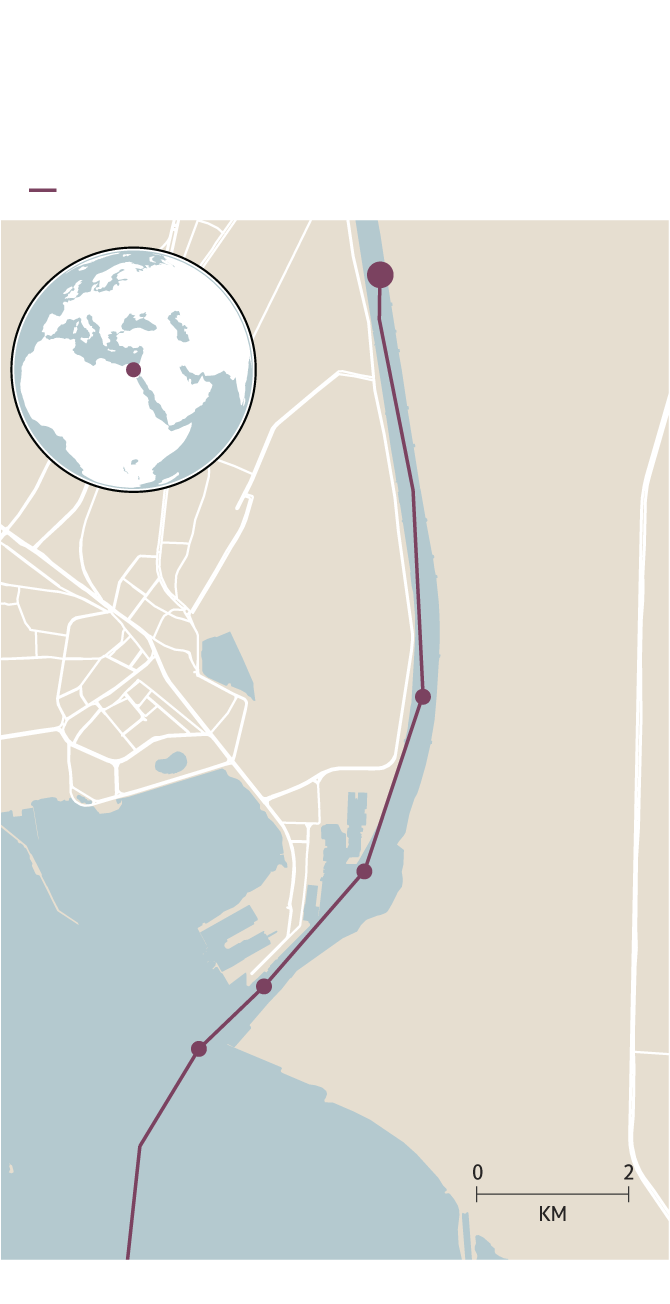 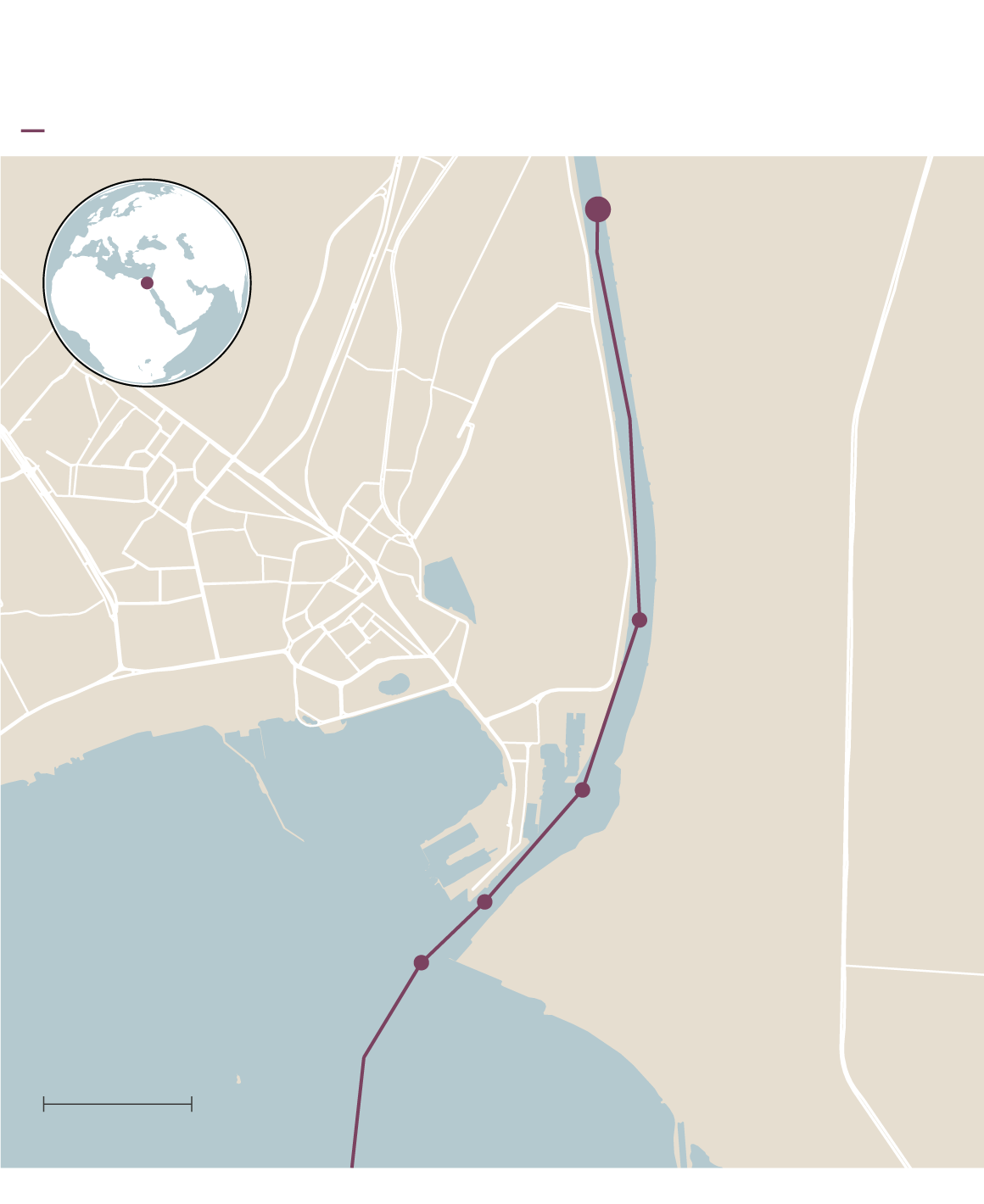 Oil rose over 3 per cent on Friday as more than 30 oil tankers have been waiting on either side of the canal since Tuesday, shipping data on Refinitiv showed. However, there is low seasonal demand for crude and liquefied natural gas, which will likely mitigate the impact on prices, analysts said.

Egypt’s SUMED pipeline operator approached crude traders to see whether they wanted to book space in the system but so far traders prefer to wait to avoid high additional costs.

Analysts expect a greater price impact on smaller tankers carrying oil products, like naphtha and fuel oil, for export from Europe to Asia, if the canal remains shut for weeks.

Re-routing ships around the Cape of Good Hope could add about two weeks and extra fuel costs to the voyage, said Sri Paravaikkarasu, director for Asia oil at FGE.

The blockage is weighing on the already weak Asian gasoil, or diesel, market. More than 60 per cent of Asian exports to the west flowed via the choked Canal in 2020, according to FGE.

Aframax and Suezmax rates in the Mediterranean have also reacted first as the market starts to price in fewer vessels being available in the region,” shipbroker Braemar ACM Shipbroking said.

At least four Long-Range 2 tankers that might have been headed towards Suez from the Atlantic basin are now likely to be evaluating a passage around the Cape of Good Hope, Braemar ACM said. Each LR-2 tanker can carry around 75,000 tonnes of oil.

The cost of shipping clean products, such as gasoline and diesel, from the Russian port of Tuapse on the Black Sea to southern France jumped 73 per cent over the last three days to $2.58 a barrel on March 25, according to Refinitiv Eikon data.

The shipping index benchmark for LR2 vessels from the Middle East to Japan, known as TC1, has climbed by a third since last week to 137.5 worldscale points, said Anoop Jayaraj, clean tanker broker at Fearnleys Singapore. Worldscale is an industry tool used to calculate freight rates.

On the crude side, traders have had to pay 10-20 per cent more for replacement tankers but market freight rates have not yet risen as charterers are not ready to commit to higher levels in case the container is freed this weekend, shipbrokers said. 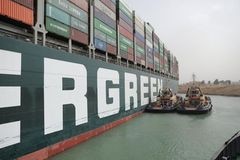 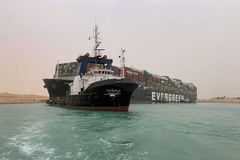 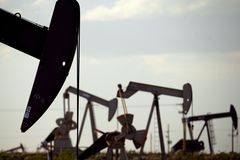 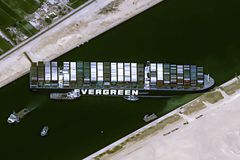