It has been a tough decade for brick-and-mortar retailers, and matters seem only to be getting worse.

Despite a strong consumer economy, physical retailers closed more than 9,000 stores in 2019 – more than the total in 2018, which surpassed the record of 2017. Already this year, retailers have announced over 1,200 more intended closings, including 125 Macy’s stores.

Some people call what has happened to the shopping landscape “the retail apocalypse.” It is easy to chalk it up to the rise of e-commerce, which has thrived while physical stores struggle. And there is no denying that Amazon and other online retailers have changed consumer behaviour radically or that big retailers like Walmart and Target have tried to beef up their own online presence.

But this can be overstated.

To begin with, while e-commerce is growing sharply, it may not be nearly as big as you think. The Census Bureau keeps official track. Online sales have grown tremendously in the last 20 years, rising from $5 billion per quarter to almost $155 billion per quarter. But internet shopping still represents only 11 per cent of the entire retail sales total.

Furthermore, more than 70 per cent of retail spending in the United States is in categories that have had slow encroachment from the internet, either because of the nature of the product or because of laws or regulations that govern distribution. This includes spending on automobiles, gasoline, home improvement and garden supplies, drugs and pharmacy, food and drink.

Collectively, three major economic forces have had an even bigger impact on brick-and-mortar retail than the internet has.

In no particular order, here they are:

In the United States and elsewhere, we have changed where we shop – away from smaller stores like those in malls and toward stand-alone big-box stores. Four years ago, University of Chicago economists Chad Syverson and Ali Hortacsu analyzed the recent history of retail and found that the rise of warehouse clubs and supercentres was bigger than the rise of online commerce.

They gave this telling example: Over the 14 years through 2013, Amazon added $38 billion in sales while Costco added $50 billion and the Sam’s Club division of Walmart $32 billion. Amazon had the higher growth rate, but the bigger problem for most brick-and-mortar stores was other, larger brick-and-mortar stores. This continued in 2019.

Rising income inequality has left less of the nation’s money in the hands of the middle class, and the traditional retail stores that cater to them have suffered. The Pew Research Center estimates that since 1970, the share of the nation’s income earned by families in the middle class has fallen from almost two-thirds to around 40 per cent. Small wonder, then, that retailers aiming at the ends of the income distribution – high-income people and lower-income people – have accounted for virtually all the revenue growth in retail while stores aimed at the middle have barely grown at all, according to a report by Deloitte.

As the concentration of income at the top rises, overall retail suffers simply because high-income people save a much larger share of their money. The government reports spending for different income levels in the official Consumer Expenditure Survey. In the latest data, people in the top 10 per cent of income saved almost a third of their income after taxes. People in the middle of the income distribution spent 100 per cent of their income. So as the middle class has been squeezed and more has gone to the top, it has meant higher saving rates overall.

Services instead of things

With every passing decade, Americans have spent proportionately less of income on things and more on services. Stores, malls, and even the mightiest online merchants remain the great sellers of things. Since 1960, we went from spending 5 per cent of our income on health to almost 18 per cent, government statistics show. We spend more on education, entertainment, business services and all sorts of other products that aren’t sold in traditional retail stores.

That trend has continued for a long time. The federal government’s Current Expenditure Survey goes back more than a century. In 1920, Americans spent more than half their income on food (38 per cent) and clothing (17 per cent), and almost all of that was through traditional retail stores. Today, food eaten outside the home and in it accounts for 10 per cent of spending and clothing just 2.4 per cent.

Economists debate theories of why we have shifted to services and away from goods, but no one questions that it has happened. It means that over time, retailers selling things will have to run harder and harder just to stay in place.

In short, the broad forces hitting retail are more a lesson in economics than in the power of disruptive technology. It’s a lesson all retailers will have to learn some day – even the mighty Amazon. 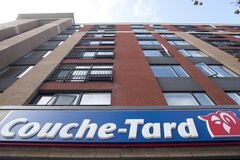 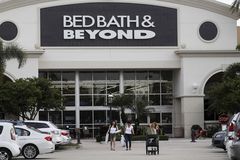