The first move by one of the big U.S. travel websites to adapt its service came as hundreds of jittery customers of Southwest, United and American Airlines took to social media to seek flights on planes other than the Boeing 737 Max, which was involved in the fatal crash on Sunday.

Other travel agents and websites reported a raft of re-bookings as a result of cancellations caused by the grounding of two-thirds of 737 Max jets by a long list of global authorities and airlines outside North America.

“We’ve recently received feedback to make Kayak’s filters more granular in order to exclude particular aircraft models from search queries,” a spokeswoman for the website told Reuters in an e-mail responding to questions.

“We are releasing that enhancement this week and are committed to providing our customers with all the information they need to travel with confidence.”

Kayak is a sister site of Booking.com and Agoda.com, used by millions of travellers each year to book flights and hotels.

“This could potentially result in travellers being left with fewer flight options and susceptible to higher airfares, depending on the route,” CWT said. “We are working with clients to understand the practicality and the implications of putting such restrictions in place.”

The Twitter accounts of Southwest and American Airlines were swamped with customers asking for refunds or to be moved to other flights, and complaints about long hold times before being connected to a representative.

Twitter user @johnpauli6 wrote to Southwest that he does not want to be on a Boeing 737 Max 8 when he travels with his wife on Saturday. “Get ready for a lot of lawsuits” if anything happens, the user said.

American Airlines Group Inc said late on Wednesday it was working to rebook customers due to fly on the 737 Max as quickly as possible after the United States banned the aircraft.

Southwest, the world’s largest operator of the 737 Max 8 with 34 jets, said it is waiving any fare-difference charges for customers who wish to switch to another aircraft following bans across much of the world.

Boeing has been mentioned more than 590,000 times on Twitter, a 2,300 per cent increase from median daily mentions figures.

The crash in Ethiopia was the second in the last five months involving a Boeing 737 Max 8. Last year, a Lion Air jet went down in Indonesia, killing 189 people.

Though there is no proof of links, multiple nations and the European Union have suspended the 737 Max.

Boeing has said it has no reason to doubt the airplane, and Southwest and American have both said their fleet data showed the plane was safe.

“While the situation has not stopped people travelling on business, many want to know what plane they’ll be flying on,” said a spokesman for American Express Global Business Travel, another major corporate provider.

“When a traveller books a trip, we know at that moment what aircraft type is assigned to service the flight. However, that can change at an airline’s discretion up until the time of departure.”

Temporary bouts of nerves among travellers are a familiar part of the reaction to major crashes, and agents booking travel for major executives have remained cautious about making changes to booking systems in response to the Boeing row.

Norwegian travel agent Berg-Hansen, dealing with cancellations of flights on Norwegian Air’s 737 Max planes, said clients were mainly concerned with whether their flights were still scheduled to fly and the need to rebook if so.

“We have increased our staff from last night, through the night and now,” Berg-Hansen Chief Executive Officer Per-Arne Villadsen said.

“Remarkably we have less phone calls than we expected, although they are more than usual. We had around 100 phone calls from midnight to 7 a.m. this morning and they keep coming.”

He said the company was using alternative airlines including SAS, AirFrance and KLM to rebook and that he believed customers would come back to Norwegian Air if they reopened flights on the Max in the future.

“We can confirm a rising interest on the aircraft types we are operating,” a spokesman for Swedish-based SAS said. “I can guarantee you that we have not even considered changing any pricing policy due to the tragic situation.”

Black boxes from crashed Boeing 737 Max 8 arrive in Paris after Ethiopia refuses to send them to the U.S.
March 14, 2019 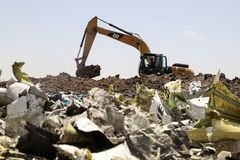 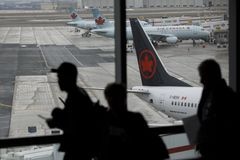 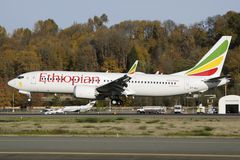