A British government demand for supermarkets to prepare for a potentially chaotic no-deal Brexit by stockpiling food is stoking anger in the industry, with bosses saying they should not be blamed if people can’t find everything they want on the shelves.

With British politics spiralling towards an unpredictable endgame, makers of food and drugs are having to restructure operations in case the arrival of customs checks shatters supply chains, clogs ports and delays deliveries.

The food industry has warned that their stockpiling can only go so far, and executives have expressed incredulity at Michael Gove, the minister in charge of no-deal Brexit planning, who vowed this month that there would be no shortages of fresh food if Britain leaves the European Union without agreement on Oct. 31.

Already burned twice by the government delaying supposedly steadfast dates for Britain’s exit from the EU, the industry is also wary of spending hundreds of millions of pounds again when the outcome is so uncertain.

“There is a clear attempt [by government] to talk to a narrative which is that companies, if only they prepared properly, would be able to cope and it’s companies fault if they haven’t,” said Justin King, who was CEO of Sainsbury’s, Britain’s second largest supermarket chain, for 10 years.

“As night follows day, if 50 per cent of lorries are delayed there will be gaps on the shelves inside seven days,” Mr. King, currently a director at retailer Marks & Spencer, told Reuters.

A senior executive at one of Britain’s big-four supermarkets, which include Tesco, Morrisons and Asda, said the government was increasingly treating the industry as an extended arm of the state.

“The fundamental question is, whose job is it to provide food for the U.K. in the case of a blockade?” he said, speaking on condition of anonymity.

“Taking measures to reasonably protect our business from the impact of Brexit is our duty. When you start to say ‘What is your business doing to feed the nation’ – that starts to move us out of reasonable steps.”

In an e-mailed statement, the Department of Environment, Food and Rural Affairs said Britain had robust supply chains across a range of countries and was meeting regularly with industry and retailers to make sure they were fully prepared for Brexit.

“We have a highly-resilient food supply chain and consumers in the U.K. have access to a range of sources of food. This will continue to be the case when we leave the EU on 31 October, whatever the circumstances,” the statement said.

Mr. Gove told Parliament on Thursday that delays at the main port of Dover were a material risk but all would run smoothly if companies have the necessary customs declarations. While scarcity of some product lines may push up prices, it was unlikely to lead to full-scale shortages, he said.

“There is no good time of year to leave the European Union without a deal,” he said. “However we have to be ready for the consequences.”

Once considered the industry’s nightmare scenario at the extreme edge of probability, a no-deal Brexit is now looking ever more possible after Prime Minister Boris Johnson vowed to take Britain out of the EU without an agreement if necessary.

While opposition parties are trying to force another delay, a looming election means nothing can be taken for granted.

That marks a major challenge for a food industry which relies heavily on imports from Europe during the autumn when warmer climes are needed to grow some fruit and vegetables. While Britain normally imports about half of its food, with about a third coming from the EU, by the end of October the bloc provides some 86 per cent of lettuces, 70 per cent of tomatoes and 27 per cent of soft fruit, according to the British Retail Consortium.

“I don’t believe there is any risk that the U.K. will go hungry. The question is will the U.K. be able to eat what it wants to eat in terms of fresh food?” said the senior supermarket executive.

Autumn is also when retailers fill their warehouses ahead of the year’s busiest shopping season -- Christmas.

Tesco boss Dave Lewis has said Britain’s biggest retailer stockpiled over 200 million pounds worth of long-life goods by the original Brexit deadline of March 29, but will struggle to repeat that due to the millions of mince pies, hams and cheeses that already sit in warehouses.

Fresh food can’t be stockpiled and border delays of a few days would wilt such produce meaning it could be put on final discount almost as soon as it arrives in store.

Tesco, with a No. 1 grocery market share of 27 per cent, a workforce of 320,000 and a sourcing base of over 50 countries, expects to hold its own alongside rivals.

Sainsbury’s sources a higher proportion of cucumbers, tomatoes and peppers in Britain than others, Morrisons makes half of all its own brand and fresh food and Asda benefits from being part of Walmart, the world’s biggest retailer.

The major supermarkets have declined to say how much they are spending on their Brexit preparations, and declined to give any more details about their current readiness for a no-deal departure.

Ahead of the deadline, manufacturers, suppliers and retailers are battling to unravel a system honed over decades that delivers fresh and non-perishable goods to the stores just in time for sale, and in the most economically efficient way.

The need to build up stocks -- to mitigate for any delays at ports -- is putting pressure on the vast warehouses that form the backbone of Britain’s food network. Jonathan Baker, executive director at Lineage UK, the world’s largest temperature-controlled logistics firm, said his sites are at maximum capacity.

Working in the industry for 37 years, he said the whole system started to creak before the original March deadline, with some food deliveries failing as logistics providers struggled to extract goods on time from warehouses filled to the brim. “It could be a lot worse in October,” he said. “The last Brexit deadline, we were coming out of a relatively quiet period whereas this is slap bang in the busiest time of year.”

With so much uncertainty in the air, supermarkets are asking suppliers to hold more stock, and are likely to source more longer-life vegetables such as carrots and potatoes to avoid any empty shelves, according to the BRC.

“If your competitor is doing better than you then the consumer will walk,” said Andrew Opie, a director at the BRC lobby group. “One of the key items that all consumers look for is tomatoes. If you can’t see it you think the whole store is somehow depleted.” 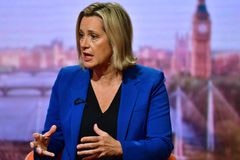 Of bazookas, bats and Brexit: World market themes for the week ahead Subscriber content
September 8, 2019 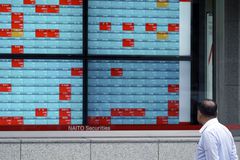 Boris Johnson running out of time, options as he forges ahead with Brexit
September 6, 2019 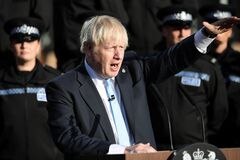