U.S. economic growth slowed less than expected in the second quarter as a surge in consumer spending blunted some of the drag from declining exports and a smaller inventory build, which could further allay concerns about the economy’s health.

But the fairly upbeat report from the Commerce Department on Friday had some red flags for the 10-year-old economic expansion, the longest on record. Business investment contracted for the first time in more than three years and housing declined for a sixth straight quarter.

Federal Reserve Chairman Jerome Powell early this month flagged the two sectors as areas of weakness in the economy. They are likely to provide additional cover for the Fed to cut interest rates next Wednesday for the first time in a decade because of rising risks to the economy’s outlook from a bitter trade war between the United States and China, and slowing global growth.

“The key to future economic growth is business spending. Evidently, businesses do not share the ebullience consumers have,” said Sung Won Sohn, an economics professor at Loyola Marymount University in Los Angeles. “This is not a good sign for the economy because there would be fewer jobs for consumers. For this reason, the Fed will cut rates next week.”

The Fed is widely expected to cut its benchmark rate by a quarter point at its July 30-31 meeting.

Gross domestic product increased at a 2.1 per cent annualized rate in the second quarter, stepping down from an unrevised 3.1 per cent pace in the January-March period. Economists polled by Reuters had forecast GDP increasing at a 1.8 per cent rate in the second quarter. They estimate the speed at which the economy can grow over a long period without igniting inflation at between 1.7 per cent and 2.0 per cent.

President Donald Trump, whose administration has sought to boost the economy through a cocktail of massive tax cuts, government spending and deregulation, downplayed the slowdown in growth and blamed the Fed for the loss of momentum.

“Not bad considering we have the very heavy weight of the Federal Reserve anchor wrapped around our neck,” Trump wrote on Twitter. “Almost no inflation. USA is set to Zoom!”

Revisions to growth data published by the government on Friday also confirmed the economy missed the White House’s 3.0 per cent target in 2008, growing at a rate of 2.9 per cent. When measured on a year-on-year basis the economy only expanded 2.5 per cent, instead of 3.0 per cent as previously estimated.

Trump, who likes to brag about the economy being one of the biggest successes of his first term, had highlighted the year-on-year growth figure as evidence of the effectiveness of his policies.

Economists, who are forecasting growth this year around 2.5 per cent, say the massive fiscal stimulus, which included a $1.5 trillion tax cut package, had no lasting impact on growth, while driving up the country’s debt.

“The data makes one thing clear, the tax cuts did not result in a permanent shift upward in the growth path of the U.S. economy,” said Joe Brusuelas, chief economist at RSM in New York.

The GDP report showed a pickup in inflation last quarter, though the trend remained well below the Fed’s 2 per cent target.

Growth in consumer spending, which accounts for more than two-thirds of U.S. economic activity, surged at a 4.3 per cent rate in the second quarter, the fastest since the fourth quarter of 2017. That followed a more lacklustre 1.1 per cent growth rate in the first quarter, blamed on a 35-day partial shutdown of the government.

Spending is being supported by the lowest unemployment rate in nearly 50 years and helped offset some of the weakness from exports, which fell at a 5.2 per cent rate last quarter after growing in the first quarter.

Business investment fell at a 0.6 per cent rate in the second quarter, the first contraction since the first quarter of 2016. It was pulled down by a 10.6 per cent pace of decline in spending on structures, depressed by decreases in commercial and health care, and mining exploration, shafts and wells.

Spending on intellectual products, including research and development, increased. Business spending on equipment rebounded at a 0.7 per cent rate in the second quarter, but is seen constrained by design problems at aerospace giant Boeing.

Boeing reported its biggest-ever quarterly loss on Wednesday due to the spiralling cost of resolving issues with its 737 Max airplane, grounded worldwide in March after two fatal crashes in Ethiopia and Indonesia. It warned it might have to shut 737 Max production completely if it runs into new hurdles with global regulators to getting its best-selling aircraft back in the air.

Growth in government investment accelerated, notching its best performance in 10 years, but spending on home building contracted for a sixth straight quarter, the longest such stretch since the Great Recession. 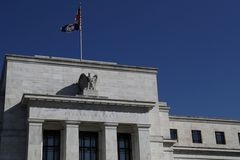 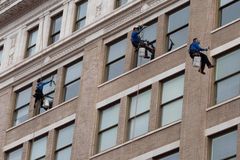 The U.S. economy is slowing abruptly. Here’s why there’s no need for investors to panic
Subscriber content
May 26, 2019 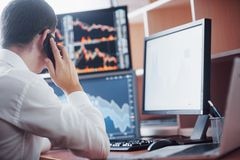