Australia’s central bank on Tuesday cut interest rates for the second time in as many months as it strives to revive a sluggish economy and reduce unemployment, a tough task that may yet require even more stimulus.

The Reserve Bank of Australia’s (RBA) quarter-point cut took cash rates to an all-time low of just 1 per cent and left limited room for more reductions, raising the possibility of unconventional policy easing.

“We will be closely monitoring how things evolve over coming months,” he said in a speech in Darwin, hours after the rate decision.

“Given the circumstances, the Board is prepared to adjust interest rates again if needed to get us closer to full employment and achieve the inflation target in a way that supports the collective welfare of all Australians.”

He also piled pressure on the newly re-elected Liberal National government to respond with fiscal stimulus of its own, something the central bank has been crying out for.

Markets are now pricing in a real chance of rates at 0.75 per cent by Christmas. With so much easing already in the price, the Australian dollar was left to idle at $0.6987 .

“For us, the key message from this is that the RBA must be quite worried about growth – back-to-back cuts suggest they have felt a sense of urgency,” said HSBC chief economist Paul Bloxham.

The last time the RBA delivered two consecutive cuts was in May and June 2012, in response to global growth concerns in the wake of the European financial crisis.

The RBA is hardly alone in easing with markets convinced the U.S. Federal Reserve will have to cut at the end of this month, likely followed by the European Central Bank and Bank of Japan.

Lowe has also broken with tradition recently to openly call for more government spending. So far, the conservative government of Prime Minister Scott Morrison has played down the need for stimulus, instead reaffirming a political commitment to budget surpluses.

While some long-touted tax rebates are due in the next month or so a slew of much larger tax cuts are not planned until 2024, far too distant to have any impact on consumer spending now.

A pick-me-up is badly needed as years of subpar wage growth has pinched household incomes, while a long downturn in home prices have eaten into consumer wealth.

There has been a glimmer of light in the past month as the June cut in rates and a proposed relaxation of mortgage lending rules injected some much needed life into the housing market.

Clearance rates at auctions have rebounded and prices steadied as buyers returned. Data from property consultant CoreLogic out on Monday showed Sydney home values had risen in June for the first time in almost two years.

Any stabilization would be a tonic for spending power and confidence given Australia’s housing stock is valued at A$6.6 trillion (US$4.60 trillion), or almost four times the country’s annual gross domestic product.

Much more will be needed, however, for the RBA to meet its target of pushing unemployment down to around 4.5 per cent – a low not reached since 2008 – from the current 5.2 per cent.

“Our current view of one more cut this year by November has downside risks for potentially two, and developments over the next few months will determine that outcome,” Westpac chief economist Bill Evans said. 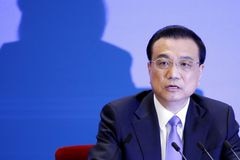 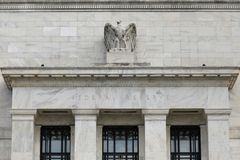