China’s central bank said on Friday it was cutting the amount of cash that small banks must hold as reserves, releasing around 400 billion yuan ($56.38 billion) in liquidity to shore up the economy, which has been badly jolted by the coronavirus crisis.

The latest stimulus move comes as the world’s second-largest economy looks likely to shrink for the first time in at least 30 years. Hopes for a quick recovery are being soured by the rapid spread of the disease worldwide, crushing global demand. “The deterioration of the global economy is bound to have a great impact on China’s economy, which requires that China’s policy should be further loosened and be more flexible,” said Yan Se, chief economist at Founder Securities.

The People’s Bank of China said on its website it will cut the reserve requirement ratio (RRR) for those banks by 100 basis points (bps) in two equal steps, the first effective as of April 15 and the second as of May 15.

China has about 4,000 small and mid-sized banks. The latest cuts would lower their RRR to 6 per cent.

In addition, the interest rate on financial institutions’ excess reserves with the central bank would be reduced to 0.35 per cent from 0.72 per cent, effective April 7, the PBOC said.

The RRR cut was flagged by the cabinet on Tuesday along with other support measures as Beijing tries to cushion the economic blow from the pandemic, which is fanning worries about heavy job losses.

While most of the country’s factories are believed to be up and running again, though not at normal levels, a private survey earlier on Friday suggested services companies are still struggling to get back on their feet and cut jobs in March at the fastest pace since at least 2005.

Many are small, privately owned firms with less cash to see them through a prolonged downturn than large, state-owned enterprises.

The export sector is also facing a fresh shock, as the swift spread of the virus around the world prompts many countries to impose draconian containment measures similar to those used in China. Nomura estimates China could lose 18 million export-related jobs in the next one to two quarters as shipments contract 30 per cent.

The latest RRR cut would be the third so far this year and the 10th since early 2018, when the economy was starting to slow under the weight of intensifying U.S.-China trade frictions.

The central bank has been stepping up its policy easing since early February, cutting the benchmark lending rate and telling banks to offer cheap loans and payment relief to firms that have been hardest hit by the outbreak and anti-virus measures.

The move to slash the interest rates on excess reserves for banks is aimed at boosting the efficiency for banks to use the funds and better serving small and micro-firms, said the PBOC.

The rate cut on excess reserves indicates that the PBOC is very keen to lower credit costs for companies, said Commerzbank economist Hao Zhou. PBOC last reduced the rates to 0.72 per cent from 0.99 per cent during the global financial crisis in 2008.

“The rates for excess reserves are also seen as the floor of the ‘rates corridor’ in China. In this sense, today’s cut has opened a big door for further cut to MLF, which is the ceiling of the corridor.”

The central bank is expected to take further steps, including more cuts in RRR, lending rates, and the benchmark deposit rate.

China has ample policy tools to support growth, but it will tread warily in cutting the benchmark deposit rate due to elevated inflation and the potential impact on ordinary savers, Liu Guoqiang, a vice central bank governor, said earlier on Friday.

After widespread factory closures and travel restrictions imposed by Beijing to contain the spread of the coronavirus that has killed more than 3,300 in the country, businesses in the country have reopened and life for millions of people has started to slowly return to normal.

But economists are forecasting a steep contraction in China’s first quarter gross domestic product. Some expect a year-year slump of 9 per cent or more, the first such contraction in at least three decades.

Policy sources told Reuters that the Chinese government could expand the 2020 budget deficit to a record high and was considering lowering its economic growth target for 2020 given the prolonged impact of the pandemic. But one central bank adviser has suggested that a growth target not even be set this year due to all the uncertainty.

Last week, the ruling Communist Party’s Politburo called for expanding the budget deficit, issuing more local government special bonds and issuing special treasury bonds, which would be the first such move since 2007. 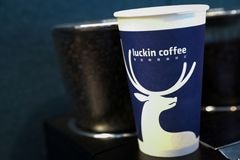 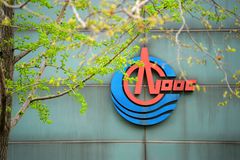