China’s experimental $1.5 million giveaway of digital yuan to Shenzhen citizens ended on Sunday with acclaim from currency analysts – and skepticism from some users saying they preferred existing shopping tools like the ubiquitous Alipay app.

Under the week-long program, the People’s Bank of China (PBOC) gave 200 yuan ($29.75) to each of 50,000 consumers selected in a lottery in digital “red envelopes,” echoing the country’s traditional way of gifting cash.

The online wallet was accessible via an app, without need for an existing bank account, with payments accepted via smartphone scans in downtown outlets in China’s fourth-biggest city, from luxury goods retailers to snack stores.

The largest such trial to date in the world’s second-largest economy had been hailed by analysts as a step forward for Beijing as it chases what has become a Holy grail among the world’s central banks – the first central bank digital currency.

But this has sparked fears from some overseas observers: if the digital yuan, which operates outside existing financial infrastructure such as Swift, wins international traction, it could undermine U.S. dollar dominance of global payment systems.

The PBOC did not immediately respond to Reuters' request for comment on how the Shenzhen pilot program went.

He said whether ordinary people would shop with digital yuan rather than mobile phone-based payment platforms like WeChat or Alipay “all comes down to incentives, and which ‘vendor’ gives you more motivation to use it.”

Alipay, operated by an affiliate of e-commerce giant Alibaba Group Holding Ltd, and Tencent Holdings Ltd’s WeChat Pay app dominate the business and have made China one of the world’s most advanced payment markets.

In Shenzhen’s Luohu district, more than 3,000 shops from Dolce & Gabbana to supermarkets accepted the digital yuan last week to pay for goods in part or in full using special devices to scan QR codes embedded in a mobile app. It wasn’t immediately clear how much of the total giveaway had been spent, or where.

Skeptical reactions among some Shenzhen recipients of the giveaway – long used to scanning phones to pay for goods with other systems – showed the central bank and government have work to do in convincing consumers of the benefits of a central bank-backed digital yuan.

“Alipay and WeChat Pay have been out for a long time,” said a shopper who gave only her surname, Zhong. “The new digital currency is similar to those so it’s quite late to just start the trial,” said Zhong, who said she was an accountant.

Zhong said she might consider switch to the new currency in the future, depending on how convenient and secure it felt.

Attracting users will largely depend on incentives to lure customers from Alipay or WeChat Pay, already used to buy everything from basic goods to complex financial products, say analysts.

“It’s especially important to offer convenience and other benefits to promote the use of digital yuan,” said G. Bin Zhao, senior economist at PwC China.

Beijing may bundle it with subsidies, pension accounts, or state sector paychecks, he says, but “for digital yuan to be popularly accepted, banks and other institutions need to invest heavily in applications, marketing and education.”

Another downtown Shenzhen user of the online wallet, who gave her surname as Yuan, echoed that notion, saying spending her digital currency gift was less convenient than existing options.

“I’m not planning on using it again,” said Yuan, who said she works in finance. “Unless there is another red envelope, of course.” 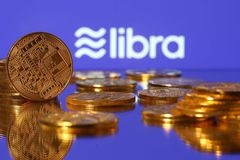 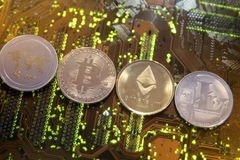 Investors are desperate for safe havens right now – but they come with their own flaws
Subscriber content
September 29, 2020 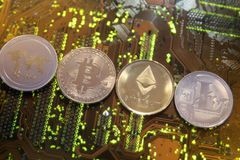