The economy is expected to have tuned out all the background noise and powered ahead in the first quarter. According to the median estimate of economists in a Bloomberg News survey, growth maintained a 6.8-per-cent pace, well ahead of a target for about 6.5-per-cent expansion this year.

The report is due for release Tuesday at 10 a.m. in Beijing, along with retail sales and industrial production data for March. The statistics bureau also will begin monthly release of a survey-based unemployment rate, the first regularly updated gauge for the world’s biggest labour market that’s similar to indexes for other major economies such as the United States and Europe.

“China’s economy entered 2018 at full throttle, undeterred by policy bumps along the way,” said Frederic Neumann, co-head of Asian economics research at HSBC Holdings PLC in Hong Kong. “Over the course of this year, growth will likely cool, responding to policy tightening at home and trade uncertainty abroad. But the deceleration should prove marginal.”

Expansion of 6.8 per cent in the first quarter would match the pace of growth in the last three months of 2017 and be just a fraction off the 6.9 per cent recorded for last year. People’s Bank of China Governor Yi Gang last week said economic indicators performed better than expected in the first quarter, amid continued improvement in the global outlook.

Retail sales are projected to have increased 9.7 per cent in March, matching readings in the first two months, while industrial production rose 6.4 per cent, a slowdown from January and February, according to economist estimates. Fixed-asset investment is seen slowing to 7.7 per cent in the first quarter compared to 9.2 per cent a year earlier. China combines some indicators for the first two months of the year due to an annual holiday.

“We really shouldn’t be surprised that China’s economy is doing well,” said James Laurenceson, deputy director of the Australia-China Relations Institute at the University of Technology in Sydney. “Consumer confidence has been bouncing off multi-year highs, while purchasing managers indexes have been consistently in expansion territory. Like the U.S., it’s becoming more driven by domestic demand every year.”

Headwinds are likely to strengthen in coming months as property and infrastructure activity weaken though manufacturing investment, resilient consumption and strong external demand will cushion the impact, UBS Group AG economists Zhang Ning and Wang Tao said in a note.

Growth will be pressured by campaigns to curb financial risk and pollution, factors that make economic policy overall less favorable to growth, says Zhou Hao, an economist at Commerzbank AG in Singapore. And as most Chinese cities have seen a property slowdown since late 2017, the sector will remain a drag on growth in coming quarters, he said.

Looming large over everything is the risk that trade tensions with the United States morph into a protracted, widening conflict. Friction has escalated as Trump threatened tariffs on some US$150-billion of imports from China, and Beijing announced potential retaliation on U.S. goods including soybeans and airliners.

Hopes the dispute can be quickly settled were boosted last week when Mr. Xi reiterated pledges to open sectors from banking to auto manufacturing in a speech at the Boao Forum for Asia. He also expanded on proposals to increase imports, lower foreign-ownership limits on manufacturing and expand intellectual property rights.

“We hope both China and the U.S. can solve the disputes with wisdom and respect,” Huang Songping, a spokesman for the customs administration, said Friday at a briefing in Beijing. “We hope trade relations can return to the track of healthy and stable development.”

A week after escalating tensions by threatening tariffs on an additional US$100-billion of Chinese products, Mr. Trump said on Thursday the two countries ultimately may end up levying no new tariffs on each other.

“Now we’re really negotiating and I think they’re going to treat us really fairly,” he told Republican leaders from farm states at a White House meeting. “I think they want to.” 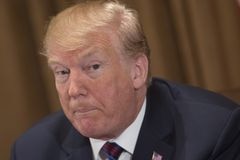 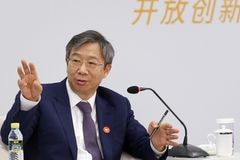 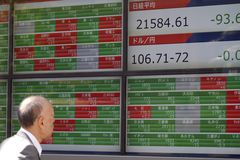