Some of Ant Group’s global investors have valued the Chinese fintech firm at more than US$200-billion based on its 2020 performance, said people with knowledge of the matter, offering a more sober estimate after the shelving of its IPO and forced restructuring.

The number is about a third above Ant’s valuation after its last fundraising in 2018 when it emerged as the world’s most-valuable unlisted tech company, yet is far below the US$315-billion it touted for what was set to be the world’s largest IPO.

Investor hopes for a huge windfall crashed when regulatory scrutiny scuppered the US$37-billion initial public offering (IPO) days ahead of Ant’s November listing. Regulator-mandated restructuring as a financial rather than tech firm has since made some more conservative with their analysis as the former typically carries lower valuations, sources and analysts said.

Ant’s business as of the October-December quarter was little affected by regulatory scrutiny, an investor said. Still, the Alibaba Group Holding Ltd. affiliate’s revised valuation and listing timeline must wait until it finalizes a revamp plan.

Investors’ revised estimates of Ant’s valuation, which will determine their returns, are reported here for the first time.

Warburg Pincus LLC valued Ant at about US$220-billion at year-end based on 2020 earnings and comparable company analysis, said two of the people. Early last year, the U.S. private equity firm sold part of its stake for US$90-million at a US$190-billion valuation in a private trade, other sources said.

Another investor said its estimate, based on Ant’s latest financial figures, was not very different from that of Warburg.

The people declined to be identified owing to confidentiality constraints. Warburg and Ant declined to comment.

Ant is changing its corporate structure to that of a financial holding firm after regulatory pressure to subject it to rules similar to those for banks.

The Hangzhou-based financial technology giant was regarded as a tech firm in 2018 when it raised $14-billion at a valuation of about $150-billion in the world’s largest single fundraising.

At its IPO pricing, Ant’s valuation soared to about US$315-billion, or more than 31 times its forecast 2021 net profit.

With the earnings impact of the revamp unknown, one investor said it valued Ant at about the same as the 2018 fundraising. Another said it marked its Ant investment at cost, meaning it does not see any return for the time being.

It is unclear if and how global investors in particular will be able to monetize their investment. Those who joined the 2018 fundraising have few exit options under pacts highly favourable to Ant, said separate people with knowledge of the matter.

International investors in the US$10.3-billion tranche of the 2018 fundraising invested in offshore unit Ant International and hold so-called Class C shares that do not carry voting rights, according to Ant’s IPO prospectus. None were granted a seat on Ant’s board, the prospectus showed.

Investing in a subsidiary instead of the company itself is unusual for such large investments. Chinese rules meant Ant had to be domestically incorporated to more easily obtain a licence for payment arm Alipay, restricting its ability to raise capital directly offshore.

Global investors are entitled to a 15-per-cent internal rate of return, the annual rate of growth an investment is expected to generate should the firm implement a redemption scheme in lieu of an IPO, showed an Ant fundraising document seen by Reuters.

As the Class C shares played no part in the suspension of the IPO, however, Ant is unlikely to offer international investors any form of redemption, three of the people said.

Ant also did not state in its fundraising document a date by which it would conduct any redemption scheme, indicating investors might have to hold their stakes for an indefinite period should the listing not happen. Any private share sale by them would also need Ant’s consent, the people said. 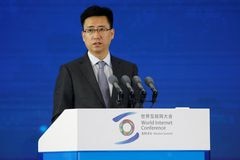 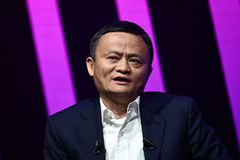 Ant Group plans to spin off credit-data unit to appease regulators and get IPO back on track, sources say
Subscriber content
February 4, 2021 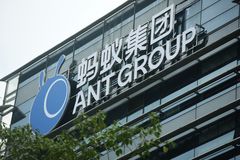