Nissan’s new CEO Makoto Uchida doesn’t have time to work his way into the job. He is effectively on probation and has a matter of months to show he can revive the ailing automaker, according to three people familiar with the thinking of some on the company’s board.

The mission: the new boss must prove to the board he can accelerate cost-cutting and rebuild profits at the 86-year-old Japanese giant, and that he has the right strategy to repair its partnership with France’s Renault, the sources told Reuters.

The pressure intensified on Thursday when Nissan, which has had a year of turmoil since the arrest and sacking of long-time leader Carlos Ghosn, posted its first quarterly net loss in nearly a decade and slashed its annual profit forecast.

One of the people familiar with the intentions of some on Nissan’s 10-member board said an assessment of Uchida’s efforts and a decision on his future would likely be made toward the middle of the year.

“Probation is more or less the right way to describe the situation Uchida is faced with, if not more serious,” the source said this week.

“In the worst-case scenario he could be shown the door.”

Uchida referred Reuters queries to Nissan about whether he had just months to demonstrate he could turn the car maker around, whether board members were satisfied with his work, and his relationship with other senior executives.

The company rejected suggestions of Uchida’s uncertain circumstances as having “no factual basis.” “Effectively or otherwise, Uchida is absolutely not on probation,” a Yokohama-based spokesman added. “There does not exist such a concept or system within Nissan to put a CEO on probation. He is CEO.”

Some supporters also stressed that Uchida has only been in the top job for little more than two months, while Nissan’s business has been in decline since 2017. Executives and analysts have previously said the company’s current woes are not of Uchida’s making, but are the fallout from an aggressive and poorly executed global expansion under Ghosn and Uchida’s predecessor Hiroto Saikawa.

“Nissan is on the right path for recovery ... although it might be a gradual process,” Uchida, formerly Nissan’s China chief, said in a video message to employees in October, shortly after being named CEO.

Still, it has been a difficult start for the new CEO, who officially took the helm at the beginning of December and must act swiftly to counter a slide in sales that is accelerating in key markets like the United States and China.

When he took the stage at corporate headquarters in Yokohama early that month, Uchida billed himself and his senior leaders - No. 2 Ashwani Gupta and No. 3 Jun Seki - as a tight “one team” that could deliver a bright new dawn for the automaker.

Later in December, two board members sat down with Uchida - whose elevation has been opposed in some quarters - to tell him he needed to consult more with Seki and Gupta, stressing he had been given the top job on the condition that he worked closely with the pair, according to two of the sources.

The “one team” hasn’t shown much unity, though.

Chief operating officer Gupta, meanwhile, has griped privately to colleagues about having a dysfunctional working relationship with the new CEO, according to two of the sources, but he is committed to work with Uchida to turn Nissan around.

One source said the board would not brook internal squabbles or procrastination among Uchida, Gupta and the rest of the executive team: “The biggest problem is nothing getting done, at a time when we need to take decisive actions.”

Gupta referred Reuters queries to Nissan, which said Uchida and Gupta were “co-operating closely, sharing information, and are engaged with executing the performance recovery plan and other reform moves, including fixed cost-cutting.”

Nissan, Japan’s second-biggest automaker after Toyota, faces an array of structural woes, from high fixed costs to weak management to a strained partnership with Renault, which began unravelling after Ghosn’s arrest in late 2018.

The problems come at a pivotal time when Nissan and other automakers are attempting to come to grips with a major, and costly, technological shift toward electric and self-driving vehicles.

The car maker posted a net loss of 26.1 billion yen ($238 million) for the October-December third quarter and it cut its annual operating profit forecast by 43 per cent to 85 billion yen.

Though Nissan expects to report a small profit for the year ending in March, some executives are worried it could post a loss, according to the sources, especially given the fact that the forecast does not take into account the impact on sales in China and beyond from the coronavirus outbreak.

Uchida said, at the earnings media conference on Thursday, that Nissan was looking at the possibility of accelerating existing restructuring plans, as well as implementing additional measures - but he added the company would not be able to provide details of those extra steps until May.

Uchida replaced Saikawa, who resigned in September after admitting to being improperly overpaid. His appointment was contentious, with some members of the board’s six-strong nomination committee pushing for Seki or Gupta, according to two of the sources.

Seki, in fact, garnered the most first-choice votes - three - but not a majority, leading to another round where second preferences were taken into account, Uchida received five second-choice votes so won the job, the people said.

By mid-January, however, some board members were starting to regret the decision, said the sources. While Uchida had touted a fresh start in his speech in December, he has still not publicly spelled out specifics on strategy.

Some members of the board complained that he was even sitting on some of the turnaround measures hammered out by Nissan executives last year, before he took the reins of the company, the sources said.

A team led by Seki, and charged with formulating a series of turnaround measures, had proposed effectively pulling out of Indonesia, where the Nissan group’s market share fell below 2 per cent in 2018, according to a separate source close to that team.

Under the plan, the company would ask partner Mitsubishi, an SUV powerhouse in Southeast Asia, to contract-manufacture Nissan cars and help market them in Indonesia, the person said.

When Uchida became CEO, however, he struck a cautious stance and made no decisions on that proposed pullout, though the idea has more recently began gaining momentum after much prodding by Uchida’s subordinates and the board, according to the source.

In November, Seki’s team also suggested Nissan go into a more intense “crisis mode,” significantly stepping up spending cuts, including sizable reductions in year-end bonuses for top executives, said the source, adding that the proposals had not been implemented under Uchida. 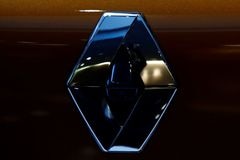 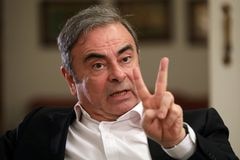