Renault, Nissan Motor Co and Mitsubishi Motors Corp ruled out a merger on Wednesday and doubled down on a plan to cooperate more closely on car production to save costs and salvage their troubled alliance.

The companies have been hit hard by the coronavirus pandemic just as they were trying to rework their partnership following the arrest of its chief architect, Carlos Ghosn, who had been pushing for a merger despite stiff resistance from Nissan.

The new plan, which entails cutting the alliance’s vehicle ranges by a fifth, pooling manufacturing by region and capitalising on joint designs, is meant to serve as a peace treaty, sources have told Reuters.

He also said existing ties with Germany’s Daimler , which owns Mercedes-Benz, could be strengthened and that he hoped to make an announcement in the coming weeks.

Renault and Nissan were among the weakest global automakers going into the coronavirus crisis and had lacked a clear plan for using their alliance to emerge from the slump and share the burden of investing in electric vehicles and other technology.

Rivals such as Peugeot and Fiat Chrysler , have been pushing ahead with plans to share costs and designs while the two biggest carmakers, Volkswagen and Toyota, already operate as single units.

Renault shares, which have been depressed by the tensions with Nissan and the French carmaker’s first loss in a decade in 2019, surged by almost 20 per cent following Wednesday’s announcements.

Daimler shares jumped as much as 10 per cent while Nissan closed 5.5 per cent higher.

Renault is also on course to receive 5 billion euros ($5.5 billion) in French state aid although the government wants it to keep car manufacturing in France in return.

Under their new plan, the alliance aims to make savings by sharing production in a so-called leader-follower system, with one company leading for a certain type of vehicle and geography with the others piggy-backing on the designs and manufacturing.

In Brazil, for example, the new approach means the alliance will go from making six models on four platforms - or underlying vehicle architectures - to seven models on one platform.

A tighter design and development process at the alliance, whose best-known cars include the Renault Clio compact hatchback, the Nissan Rogue crossover SUV and the Mitsubishi Outlander SUV, would reduce it total number of models by 20 per cent by 2025 from well over 80 now.

Some analysts pointed to potential problems, however, saying the three companies remained locked in a partnership while some larger rivals were not constrained by structural limitations.

“The way this plan has been designed is to avoid stepping on each others’ toes, but there could be some efficiency losses, as there are boundaries they have to respect,” said Chris Richter, senior research analyst at brokerage CLSA.

Renault, Nissan and junior partner Mitsubishi, which joined the alliance in 2016, have clashed previously due to differences in corporate cultures and opposing views over structures.

Renault owns 43 per cent of Nissan while it has 15 per cent of the French carmaker but no voting rights. Nissan has resisted proposals for a full-blown merger as executives felt Renault was not paying its fair share for the engineering work it did in Japan.

The strategy is a departure from Ghosn’s focus on growth and volumes that led to excess capacity. Renault and Nissan, which is set to post a net loss in its latest fiscal year, are now hoping to get ahead of rivals in areas like electric vehicles.

They said they aimed to produce nearly half of their vehicles under the leader-follower approach by 2025 and cut investment for those models by up to 40 per cent.

Nissan will take the lead in Japan, China and North America, Renault will be the reference for Europe, Russia, South America and North Africa while Mitsubishi will lead in Southeast Asia and Oceania, the companies said.

They did not detail how many jobs would go as production shifts, raising fears that some plants, including Nissan’s Barcelona factory in Spain could shut.

Nissan and Renault are due to announce separate restructuring plans on Thursday and Friday respectively.

The alliance’s new production plans will also include using more common parts and designs than before. They will now use a shared design for the upper body of each company’s cars, which would then be personalised to reflect the individual brands.

“Today we have a much higher scope of sharing between the brands,” said Alliance General Secretary Hadi Zablit. 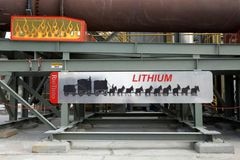 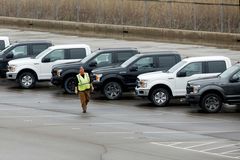