Toshiba Corp’s chairman on Monday pushed back against calls from shareholders to resign, saying he wanted to help to put things right at the crisis-hit Japanese conglomerate and would bring in new directors.

Toshiba is in the spotlight after an independent investigation last week alleged that management colluded with Japan’s trade ministry to block foreign investors from gaining board influence, in what one top shareholder called the world’s worst corporate scandal in a decade.

The shareholder-commissioned investigation has marked an explosive turn in a struggle between Toshiba management and foreign shareholders and has revived concerns about corporate governance in Japan.

Toshiba, in response to the investigation, has said it would no longer put forward the names of two directors for re-election and that two other executives would also resign.

But this was not enough for proxy advisory firm Institutional Shareholder Services Inc, which on Monday reiterated that Board Chairman Osamu Nagayama should step down – a call echoed by other investors.

Nagayama apologized at a news conference on Monday and said there were lapses in governance, but the former pharma executive said he wanted to stay on and help to reconstruct Toshiba’s management.

“There’s different kinds of responsibility,” Nagayama said when asked if he would step down to take responsibility for the scandal. “I want to focus on fulfilling the duties that must be fulfilled.”

The company needs directors with a global perspective and a background managing similar firms, he said, adding that Toshiba would call an extraordinary general meeting and speed up plans for a strategic review.

Once one of Japan’s corporate titans, Toshiba has been hit by accounting scandals and massive writedowns for its U.S. nuclear business as well as the sale of its semiconductor unit, leaving it a shadow of its former self.

Still, it remains hugely important to the Japanese government as a manufacturer of nuclear reactors and defence equipment.

The investigation’s findings mark a critical turn in a long-running battle between management and foreign shareholders, which include Effissimo, a Singapore-based fund, and 3D Investment Partners.

3D Investment Partners, Toshiba’s second-largest shareholder, on Sunday also called for the resignation of Nagayama and other company executives.

Nagayama, at the news conference, blamed Toshiba’s former CEO, Nobuaki Kurumatani, for helping to pitch the company into crisis.

“We cannot ignore responsibility of Mr. Kurumatani for creating management turmoil and damaging shareholder trust,” he said. He said the former chief executive had taken a “confrontational stance” toward shareholders, leading to the discord.

Reuters was not immediately able to reach Kurumatani for comment. Toshiba said it was not in a position to provide his contact details.

One investor, who declined to be identified because of the sensitivity of the issue, said Nagayama should step down.

“It rings hollow for Chairman Nagayama … to try and shift the blame to just Kurumatani alone,” the investor told Reuters.

“If anyone should resign to take responsibility over the governance failures in monitoring management, it should be him.”

Toshiba has faced and dismissed a $20-billion bid from CVC Capital. But leading shareholders have called on it to explicitly seek offers from potential suitors.

Nagayama said the company has not received offers from private equity funds since CVC, but said the new committee for the strategic review would consider various options.

Some investors have said that the independent investigation into Toshiba and its startling findings do show some progress in Japan’s corporate governance.

Former Olympus Corp CEO Michael Woodford, who blew the whistle on a $1.7-billion accounting scandal at the Japanese medical equipment maker in 2011, said the investigators’ report was potentially a sign of improvement in Japan.

“This time what offers some hope that things may be really changing is that a shareholders’ commissioned investigation by outside lawyers has been explicit in its findings, and that these have actually seen the light of day,” he told Reuters.

“That several of Toshiba’s major shareholders have apparently also been demanding, albeit in private, accountability by seeking the resignation of the company’s chairman is very different to the total silence I encountered of Olympus’s institutional shareholders in 2011.”

Toshiba changes board nominees as two step down in deepening crisis
June 13, 2021 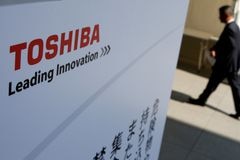 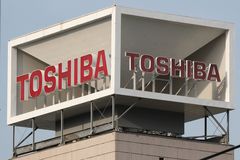