The Asia-Pacific region risks a damaging financial crisis from a surge of non-performing loans caused by rising insolvencies, a senior official from the World Bank Group’s private sector arm said on Thursday.

In an interview with Reuters, Alfonso Garcia Mora, Vice President for Asia and the Pacific of the International Finance Corp (IFC), said bankruptcies were expected to rise by 30 per cent because of the economic crisis caused by the new coronavirus pandemic.

While many firms have been given moratoriums on their loan repayments, many central banks are not requiring financial institutions to regularly monitor these firms' solvency. This, said Garcia Mora, was “very dangerous”.

“What can happen is that when the bank opens their books in six months, or in 12 months, they will realise that their non-performing loans ratio is not 2 per cent but 20 per cent,” he said.

“This is why I am very concerned about the sequencing of this crisis. We started with a health care crisis, that’s clear. We went into an economic crisis, and we might end up in a financial crisis.”

About 50 per cent of firms will not have enough income to service their loans in the coming year, Garcia Mora said, citing an analysis by the World Bank and the Bank for International Settlements.

With a few exceptions, Garcia Mora said the region’s judicial systems were unprepared for a leap in insolvency cases. There was also a lack of simplified methods for smaller firms to declare bankruptcy and start again, he said.

“We will have probably many zombie firms around that will not be able to liquidate,” he said. “There are other cases where we will need to liquidate firms that should not be liquidated.”

In its most recent forecasts in June, the World Bank estimated that the Asia-Pacific economy would contract by 0.5 per cent in 2020, its lowest rate since 1967.

Globally, the World Bank has estimated 100 million people to fall into “extreme poverty”, where they earn $1.90 a day or less. About half of the newly poverty-stricken will come from the Asia-Pacific, mostly in South Asia, Garcia Mora said.

“We are facing an extremely dire situation as far as youth unemployment is concerned,” he said, with 10 million to 15 million youth jobs predicted to be lost across the Asia-Pacific.

Governments needed to use their “limited fiscal space” to target the most vulnerable; promote the digital and green economies; and reform sectors dominated by inefficient and heavily-subsidised state-owned enterprises.

“This is the time to open the market, to allow private participants to come, to allow all these new entrepreneurs to start coming into the economy,” he said.

Without these reforms to state-owned enterprises, many of those who lost their jobs could end up in the informal economy, with little protections and low salaries.

The IFC has allocated more than $7 billion to boost the liquidity of businesses in the region for the fiscal year ending June 2021, with a focus on small and medium enterprises. 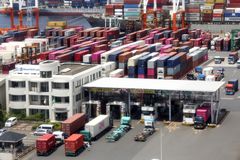 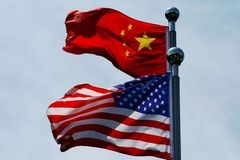 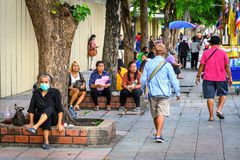