The Bank of England has agreed to temporarily lend the government money if needed to help finance its massive COVID-19 spending plans, reviving a measure used during the 2008 financial crisis.

Sensitive to claims it is resorting to ‘monetary financing’, or permanently supporting government spending by printing money, the BoE stressed its move was a short-term measure - with any money borrowed to be repaid by the end of 2020.

BoE Governor Andrew Bailey said on Sunday that monetary finance was anathema to central bankers and has linked it to hyperinflation in 1920s Germany and later Zimbabwe.

“As a temporary measure, this will provide a short-term source of additional liquidity to the government if needed to smooth its cashflows and support the orderly functioning of markets, through the period of disruption from COVID-19,” the BoE said in Thursday’s joint finance ministry statement.

Nonetheless, the BoE - which was founded in 1694 to help fund Britain’s wars against France - is more directly involved in the government’s finances than other counterparts such as the European Central Bank.

The government’s overdraft at the BoE stands at 400 million pounds. Usage previously peaked at 19.9 billion pounds in 2008.

Prime Minister Boris Johnson’s government has made historic spending and tax cut pledges costing tens of billions of pounds as the economy plunges into potentially its biggest downturn in over a century.

The BoE has also worked closely with the government on joint measures to lend money to businesses hit by the crisis.

Britain’s official debt office had no problem selling more than 10 billion pounds ($12.4 billion) of its bonds this week, some at record-low yields.

But markets were far choppier last month, before the BoE said it would buy 200 billion pounds of debt, mostly gilts.

Thursday’s announcement allows the government to borrow billions of pounds direct from its overdraft with the BoE rather than always immediately needing to go to financial markets which could face further coronavirus-related disruption.

“The government will continue to use the markets as its primary source of financing,” Thursday’s joint statement said.

Moyeen Islam, a fixed income strategist at Barclays, said the step could be viewed as a risk management exercise to deal with unpredictable short-run government borrowing needs.

But he said it also opened the door to accusations of monetary financing.

“Recent experience tells us that what is temporary can often become permanent and expand,” Islam said, noting how the huge buying of government bonds during the global financial crisis over a decade ago has become core to central bank operations.

The BoE also announced on Thursday it will publish an extra health check for banks on May 7, after officials noted that a range of asset prices had fallen significantly amid a severe economic contraction.

Such checks on banks usually take place twice a year, and the next one had not been due until July.

Britain is due to publish updated debt issuance plans on April 23, and some economists predict the budget deficit this year could exceed 10 per cent of GDP, its highest since World War Two.

Market strategists at Citi say the government may need to sell a record 285 billion pounds of bonds this year, almost double what the DMO sold last year.

Philip Shaw, an economist with Investec, said lending by the BoE would only count as monetary financing if the government does not swiftly repay any borrowing as agreed.

It was not immediately clear if the facility would purely be used if markets seize up, or if the government intends to borrow from the BoE to smooth the path of bond issuance over the course of the next 12 months.

The BoE will publish weekly how much the government borrows.

Britain had little trouble raising funds from markets during the last financial crisis.

But Shaw said the government’s need to fund programs, which include paying 80 per cent of the wages of workers at risk of being laid off and deferring some tax revenues, meant its short-term cash needs would be hard to predict.

“The likely motivation for this move is really to give the government as much flexibility as possible and actually give it the cash that it needs to combat the economic effects of the coronavirus,” he said.

Bond issuance plans are normally set out three months in advance, though the DMO acted more rapidly last month to announce a record 45 billion pounds of debt issuance for April, the first month of the new financial year.

Barclays’ Islam said BoE lending would reduce the need for the DMO to issue short-dated Treasury Bills or take other steps to meet short-term cash needs. 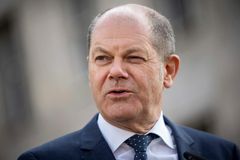 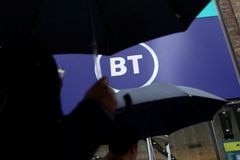 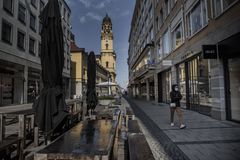