Britain’s retail sector is reeling after two major chains collapsed in the space of 24 hours, putting 27,000 jobs at risk and raising concerns that the wave of store closures isn’t over.

Debenhams announced Tuesday that it will wind down its operations after a bid to buy the company fell apart. The 242-year-old chain has 124 stores and employs 12,000 people. It had been in bankruptcy protection since April and hoped to strike a deal with rival JD Sport.

Geoff Rowley of FRP Advisory, which is overseeing the bankruptcy protection, said talks with JD Sport fell through because of the “uncertainty facing the U.K. retail industry.” In a separate statement, Debenhams said a restructuring wasn’t possible “given the current trading environment and the likely prolonged effects of the COVID-19 pandemic,” adding that the company will be put into liquidation.

The announcement came just 14 hours after another major retailer, the Arcadia Group, filed for bankruptcy protection. Arcadia operates about 2,500 shops across the U.K. and 34 other countries under brands such as Topshop and Dorothy Perkins. The chain employs about 15,000 people worldwide and had about 300 outlets inside Debenhams stores.

British retailers have been hit hard by the pandemic and restrictions on social movements, which have closed non-essential stores for months. England will emerge from a second lockdown Wednesday, but tight measures will remain in place across the U.K. The Centre for Retail Research has estimated that almost 21,000 stores will close this year and 200,000 retail jobs will be lost.

At least three shopping malls have also gone into receivership, and one of the country’s largest mall owners, Intu Properties plc, filed for bankruptcy protection last June. It’s now seeking buyers for some or all of its 17 British shopping centres. Among Intu’s creditors is the Canada Pension Plan Investment Board, which lent the company £250-million in 2017.

“We can not overstate the significance of [Debenhams’s and Arcadia’s] collapse given the vast property portfolio, number of jobs impacted and the reverberations felt across the industry,” said Richard Lim, chief executive of the Retail Economics research group. “This is a truly devastating week for the high street.”

The government has promised to help laid-off staff and has announced plans to allow stores to open for 24 hours in December and January in a bid to help retailers recover lost sales. It’s not clear how many stores will want to stay open around the clock, but Primark has announced it will keep 11 stores open for 24 hours when the lockdown in England ends.

Debenhams had been a fixture on British high streets for centuries. It was founded in 1778 when William Clark opened a shop in London’s West End to sell drapes, fabrics, bonnets, gloves and parasols. He was later joined by William Debenham, and they expanded the company steadily. By the 1950s, Debenhams was the largest department store chain in Britain, with 110 stores.

The company ran into a host of problems in recent years stemming in part from costly leases, several ownership changes and an inability to adapt to shifting consumer tastes. The chain filed for protection from creditors in April, 2019, and tried to reorganize by closing 50 stores and cutting its work force in half to 13,000. A group of lenders took control of the company, which was saddled with £520-million worth of debt and pension obligations. The company emerged from court protection in September, 2019, but filed again last April and announced more job cuts. In August, FRP began looking for buyers.

“Five years ago, Debenhams was the sixth-largest clothing retailer in the U.K. – now it no longer even sits in the top 10,” said Chloe Collins, a senior retail analyst at GlobalData Retail. “John Lewis has taken its place as the go-to department store, as it offers a more exciting experience for shoppers and partners with more relevant brands.”

Most analysts say it’s unlikely many Debenhams stores will be bought. They expect the name to vanish from the retail landscape.

“Debenhams has had it,” said retail analyst Richard Hyman. “I would question whether there are any good stores. Debenhams has been asset stripped on numerous occasions and also suffered from no investment. It’s had poor leadership, and it has been kept afloat by people who found it more attractive to throw good money after bad than it was to admit that they’d made an investment mistake to begin with.” 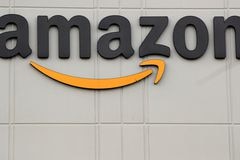 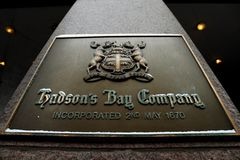 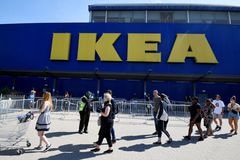