Deutsche Bank swung to a loss in the first quarter and the outlook for the full year darkened, underlining the impact of a costly overhaul and pressure on revenue as the coronavirus crisis devastates the global economy.

The bank’s shares nevertheless rose nearly 8 per cent by 1325 GMT, building on the sharp gains of the last two days.

Deutsche reported on Wednesday a bottom-line loss of 43 million euros ($46.64 million) attributable to shareholders in the quarter, compared with a 97 million euro profit a year ago.

Late on Sunday, it had published separate measures of profit and revenue in an unscheduled statement.

Wednesday’s figures, like those disclosed on Sunday, exceeded analysts’ expectations and reflected a revenue lift from a surge in trading in volatile markets.

The quarterly performance may not be a guide to the rest of the year as the bank tries to engineer a turnaround following five years of losses. Some investors fear the pandemic could undermine those efforts.

The lender had hoped its pre-tax profit would at least break even this year, but Chief Financial Officer James von Moltke told a telephone press briefing it was too early to say whether it would be profitable in 2020.

Last year, Deutsche posted a 5.7 billion euro loss, its fifth in a row, as the cost of its latest turnaround attempt hit earnings.

The coronavirus outbreak did not begin in earnest until the quarter was well underway, and the bank has said it may miss some targets. Some senior bankers have privately grown more pessimistic about the speed of the economic recovery in recent weeks.

“In the current crisis, we have shown robust numbers and demonstrated strong performance in support of our clients across all core businesses,” Sewing said in a statement accompanying the results.

Deutsche, now in its 150th year, has not fully recovered from the last financial crisis more than a decade ago.

Bankers hope the current crisis will allow it to gain market share in Europe as U.S. banks retreat and the lender helps funnel loans, mostly backed by the government, into the nation’s companies.

Von Moltke said foreign banks had retreated from Germany, calling it “not an unexpected reaction” to the global crisis.

Analysts and investors said the earnings looked relatively good but there were doubts about how the bank would handle potential credit losses.

“The extent to which the corona crisis will affect Deutsche Bank’s credit defaults and capital resources is still largely unclear,” Benjardin Gaertner, a portfolio manager at Union Investment, said.

Revenues at the investment bank provided cause for cheer, rising 18 per cent in the quarter. Revenue in the important fixed income and currencies business increased by 13 per cent.

But the bank warned of a deteriorating performance for the investment bank in the quarters ahead, meaning that for the full year revenue will be only slightly higher than in 2019.

In contrast to the strong revenue at the investment bank, quarterly revenues in the division for corporate customers fell 1 per cent, while they rose 2 per cent at the division for individuals.

Deutsche, as part of its restructuring, has been striving to rely more on income streams from those two divisions, and less so on the investment bank. But the bank expects revenue at the two will stagnate this year.

It already warned last month that the impact of the coronavirus outbreak may affect its ability to meet its financial targets.

Until the outbreak of the coronavirus in Europe, Deutsche has appeared on track. Its shares had rallied, it successfully issued a risky bond, regained market share in Germany and added a new top investor. 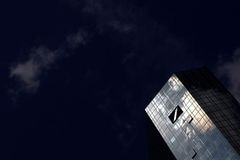 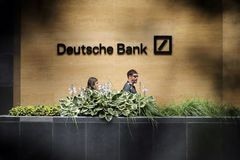