The European Central Bank rolled out yet more stimulus measures on Thursday to lift the currency bloc out of a double-dip recession and provide support to the economy while its 350 million people wait for coronavirus vaccines to be deployed.

With many businesses shuttered, unemployment surging and debt hitting record highs, central bank cash has thrown governments and firms a lifeline this year but most of 2021 will pass before significant relief is likely.

Making good on its promise to keep supporting the economy during the pandemic, the ECB delivered a complex package, spearheaded by a 500 billion euro, nine-month expansion of its emergency bond purchases scheme, now worth 1.85 trillion euros and aimed at keeping firms and governments afloat until the economy is ready to reopen.

But those measures did not come easily, sources involved in the discussion said, and ECB President Christine Lagarde failed to secure policymakers’ unanimous support although she was backed by a “large” majority.

“It’s crucial to build that bridge across the pandemic until we have reached herd immunity, so that the economic recovery is well advanced and self-sustaining,” Lagarde told a news conference.

“We have good reasons to believe that by the end of 2021, with uncertainty associated with it ... we will have reached sufficient herd immunity to hope that ... the economy will begin to function under more normal circumstances.”

Bond yields inched up from recent lows as the package was broadly in line with expectations, while the euro was last up 0.3 per cent at $1.2114.

While policymakers were in agreement over the nine-month extension of bond purchases until March 2022, they were split on the size and eventually met halfway, sources with direct knowledge of the discussion said.

One source said Lagarde bolstered support for the package by agreeing to say that not all of the 1.85 trillion euros had to be spent and that the ECB could eventually reduce bond purchases when market conditions improve.

The bulk of the disagreement centered on improving long-term prospects for the economy as newly available vaccines put an end to the pandemic in sight.

Highlighting that expected improvement in conditions, the ECB cut its growth forecast for next year but raised the 2022 projection to 4.2 per cent from a previous estimate of 3.2 per cent.

The immediate future nevertheless threatens a triple shock -- a lingering second wave of the pandemic, a hard Brexit and a delay in the European Union’s 750 billion euro ($908 billion) recovery fund, due to be discussed at an EU summit on Thursday.

And inflation, the bank’s main concern, will remain depressed for years to come. Even in 2023 it is only seen rising to 1.4 per cent, well short of the bank’s 2 per cent target, which by then will have been undershot for more than a decade.

“Uncertainty remains high,” Lagarde said. “We continue to stand ready to adjust all our instruments as appropriate.”

Aiming to give lenders more support, the ECB also extended by one year, to June 2022, the period during which banks will get a 1 per cent interest rate from the central bank for borrowing at its Targeted Longer-Term Refinancing Operations (TLTROs).

Although the ECB’s package was broadly in line with market expectations, some argued that it lacked the decisiveness of some previous crisis-fighting measures.

“We can’t help but feel like the ECB should have delivered a bolder package, especially on the TLTRO front, to make sure that they don’t need to do more next year in case something goes wrong again,” Pictet Wealth Management Strategist Frederik Ducrozet said.

Ensuring the continuity of cheap funding, the ECB will also hold three additional tenders for three-year loans with the last one now scheduled for December 2021, it added.

In further help to banks, exceptionally easy collateral requirements that were introduced in the spring were also extended until June 2022. 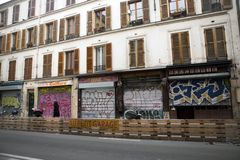 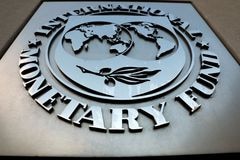 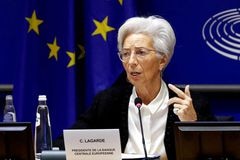