The European Central Bank on Thursday ruled out raising interest rates in the next year and even opened the door to cutting them or buying more bonds as risk factors such as a global trade war and Brexit drag the euro zone economy down.

Hoping to maintain the flow of credit to the economy, it also offered to effectively pay banks to borrow from it and lend that money on to the real economy.

With the bloc’s inflation prospects diminishing rapidly, ECB President Mario Draghi sought to reassure investors that the central bank was ready to act if needed to support an economy hurt by weaker global trade and that it could even resort to once-taboo measures.

He said policy-makers had started to discuss options such as cuts to the ECB’s already record-low rates, further pushing out the timing of any hike or resuming a €2.6-trillion (about $3.9-trillion) bond-buying program that only ended in December.

The unexpectedly dovish stance comes as a trade war between the United States and China overshadows the global economy and especially export-oriented euro zone countries such as Germany.

The euro and euro zone bond yields rose after Mr. Draghi’s comments, while bank shares and inflation expectations fell as investors saw his hints at a rate cut as too timid.

Notably, investors took the ECB’s new message that rates would “remain at their present levels at least through the first half of 2020” as ruling out any cut until then. In March, the bank had said rates would stay at record lows until at least the end of this year.

The ECB said it would give banks credit at rates just 10 basis points above its minus 0.4 per cent deposit rate – paying them to take its money, in other words – provided they beat the ECB’s lending benchmarks in a new targeted longer-term refinancing operation, or TLTRO.

With pervasive uncertainty already denting trade, big central banks such as the ECB and the U.S. Federal Reserve appear to have given up on plans to tighten policy, and markets are now positioned for easing.

Although Mr. Draghi emphasized that the ECB’s policy arsenal is from exhausted, analysts point out that its remaining tools lack the potency of earlier measures.

Rates are already at record lows, the bank’s balance sheet is already bloated, and government bonds yields are depressed.

Economists polled by Reuters expect rates to stay unchanged and forecast a first rate hike only in 2021. They also expect the bank’s next move to entail policy easing rather than tightening.

“With rates already at zero per cent and no fiscal levers to pull, options are somewhat limited. Turning the QE taps back on by the end of the year is an increasingly probable scenario,” said Nancy Curtin, chief investment officer at Close Brothers Asset Management.

Mr. Draghi himself said central banks and the markets have been navigating troubled waters for years, and may continue to do so.

“It’s been like that now for many, many, many years following first the financial crisis, then the sovereign debt crisis, then the Greek crisis. And now we have the threat of rising protectionism, the geopolitical dangers that we have seen. … We have developments in the euro zone itself.”

He also said risks to the economy were tilted to the downside.

The central bank revised up its growth projection for this year to 1.2 per cent but cut them to 1.4 per cent for both 2020 and 2021. Inflation forecasts were also tweaked at Philip Lane’s first policy meeting as ECB chief economist. Prices are now predicted to rise 1.3 per cent this year, 1.4 per cent next year and 1.6 per cent in 2021.

With the ECB officially targeting an inflation rate of just below 2 per cent, it still has some way to climb, however. Inflation has undershot this since 2013 and projections suggest it will continue to miss it for years to come.

The ECB’s problem is the global trade war shows no sign of de-escalating, Italy is once again in conflict with the European Commission, German industry continues to post dismal figures, stock markets are tumbling and a hard Brexit is threatened.

And on top of that, inflation expectations, the ECB’s top worry, are steadily declining, raising the risk they become dislodged, thereby perpetuating weak price growth. Mr. Draghi said he saw no probability of deflation, however, and a low probability of recession.

The ECB’s favoured gauge of market inflation expectations had earlier fallen to its lowest since 2016 while money market pricing showed investors see almost a 70 per cent chance of a 10 basis point cut in ECB rates by the end of the year.

“Let’s be clear, another change to forward guidance is just another step to align the ECB’s forward guidance with market expectations; not the other way around,” said Carsten Brzeski, chief economist, ING Germany. 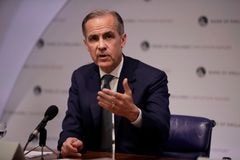 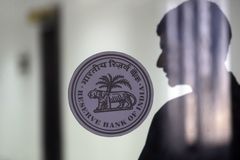 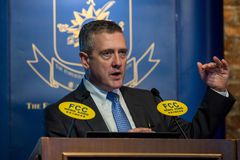