European Union finance ministers failed in all-night talks to agree on more economic support for their coronavirus-stricken economies, spurring Spain to warn the bloc’s future was on the line if it did not forge a joint response to the crisis.

German Finance Minister Olaf Scholz said a deal was close after a 16-hour video conference that stretched through the night from Tuesday afternoon, and that he hoped a deal on the package worth half a trillion euros could be clinched when the ministers meet again from 1500 GMT on Thursday.

A persistent standoff between a camp of financially ailing southern European Union states led by Italy on one side and the Netherlands acting as the bulwark of the fiscally conservative north on the other was blocking progress.

“This is a crucial issue on which the European Union’s future is at stake,” Spanish Agriculture Minister Luis Planas said of the fraught talks on Wednesday.

While the ministers sparred over more economic aid, the European Central Bank warned them that the bloc may need fiscal measures worth up to 1.5 trillion euros ($1.6 trillion) this year to tackle the economic free-fall caused by the COVID-19 epidemic, officials told Reuters.

The EU has already relaxed limits on state aid and public spending to help its 27 member states combat the slump and restart growth.

But it has struggled to present a united front in the face of the epidemic, with countries disagreeing over how much more financial aid was needed, fighting over supplies of medical equipment, and imposing emergency border controls inside what normally is Europe’s Schengen zone of passport-free travel.

“Shame on you, shame on Europe. Stop this clownish show,” French Finance Minister Bruno Le Maire was quoted as telling the feuding finance ministers, according to one official who participated in the talks.

Officially, in a co-ordinated message with Scholz, Le Maire said: “We call on all European states to be up to the challenge posed by these exceptional times so that we can arrive at reaching an ambitious agreement.”

The aid package under discussion would see credit lines from the euro zone’s European Stability Mechanism (ESM) bailout fund providing cash worth up to 2% of a country’s economic output or 240 billion euros in total for the 19-nation euro zone.

Officials said the ministers could not agree the detail because the Netherlands insisted euro zone credit should come with conditions that would take into account economic criteria specific for any country willing to use the funds.

Italy was ready to accept a generic reference to the need to stick to EU budget rules, but nothing more specific, they said, adding that with the uncertainty of the epidemic’s effect on economies, it was impossible to design detailed criteria.

“This is largely about language,” said a second official present at the talks. “There is a broad understanding that in the short run conditionality should focus on health, and in the long run on the effort to return to a stable position.

The ministers did agree, however, to give the European Investment Bank guarantees that would boost its lending by an additional 200 billion euros to prop up struggling companies.

They were also in support of a proposal that the EU borrow 100 billion euros on the market to subsidize wages of individuals so that companies can cut working hours, not jobs.

Separately, there was broad agreement among the ministers that the EU would need a recovery fund to help the euro zone economy rebound from the recession, which in Germany alone will have shrunk output by 9.8% in the second quarter.

But the ministers disagreed on how such a recovery fund should be funded because that discussion involves the highly contentious issue of whether the EU should jointly issue debt.

Mutualized debt is a red line for the Netherlands, Germany, Finland and Austria, while Italy, France, Spain and several other countries believe that the extraordinary challenge of the pandemic requires such a decision. 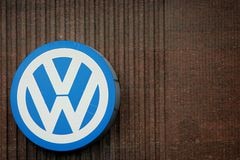 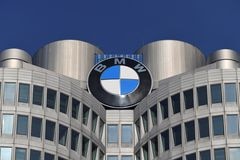