The European Union reached a deal with Pfizer and BioNTech for 300 million additional doses of their COVID-19 vaccine, the head of the European Commission said on Friday, in a move that would give the EU nearly half of the firms’ global output for 2021.

Pfizer has said it can produce up to 1.3 billion doses around the world this year. The new agreement with the EU comes on top of another order for 300 million doses that the bloc agreed with Pfizer and German partner BioNTech in November.

“We now have agreed with BioNTech and Pfizer to extend this contract. With the new agreement we could purchase a total of up to an additional 300 million doses of the BioNTech vaccine,” Ursula von der Leyen told a news conference on Friday.

Pfizer was more cautious. “We are in talks with the European Commission about an amendment to our existing supply agreement for COMIRNATY, the Pfizer-BioNTech COVID-19 vaccine,” it said in a statement.

The move would allow EU governments to double their orders from Pfizer to 600 million doses, von der Leyen said, as the 27-nation bloc races to ramp up the vaccination of its 450 million people. Each recipient of the Pfizer vaccine need two doses to develop maximum protection.

In a separate announcement, the EU drug regulator changed its recommendation for the use of the Pfizer vaccine, allowing the extraction of six doses from a vial instead of five, confirming an earlier Reuters story.

That would increase available doses by 20 per cent, although it was not clear whether Pfizer would charge more for the extra doses. The company did not immediately respond to this question.

The large EU order is likely to require an expansion of Pfizer-BioNTech production capacity this year, as the companies have already deals with other wealthy nations for large supplies in 2021.

They cut by half to 50 million doses their production in 2020 after facing some snags in securing supplies of vaccine ingredients.

European officials said the companies were working to expand production capacity in Europe.

Pfizer has agreed to sell the U.S. up to 600 million doses, of which 200 million have been already ordered. Another 120 million doses are reserved for Japan this year, and 40 million for Britain, among disclosed deals.

Germany said on Monday it had agreed with BioNtech to supply 30 million additional doses in a side deal, although the timing of the delivery is unclear.

The German move, agreed in September but revealed only this week as the government faced pressures at home, appears to be in contrast with EU agreements that forbid members to negotiate parallel deals with vaccine makers.

“No member state on this legal binding basis is allowed to negotiate in parallel or to have a contract in parallel,” von der Leyen said. But a Commission spokesman declined to comment on whether the German deal was legal under EU agreements.

The new EU agreement includes a possible immediate order for 200 million doses and an additional option to buy another 100 million, the Commission said.

Doses are usually shared among EU states in proportion to their population, but it is unclear whether all governments will make orders based on the new contract. 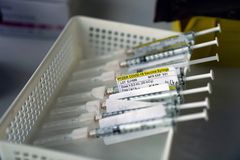 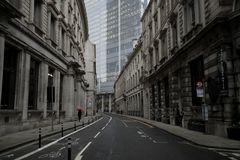