French authorities have told telecoms operators planning to buy Huawei 5G equipment that they won’t be able to renew licences for the gear once they expire, effectively phasing the Chinese firm out of mobile networks, three sources close to the matter said.

Like other countries in Europe, France is laying the ground for its next-generation 5G mobile market in the middle of a growing geopolitical storm between two global superpowers.

The United States say the company’s equipment could be used by the Chinese government for espionage – a charge denied by Huawei and Beijing – and has pressed its allies to ban it.

France’s cybersecurity agency ANSSI said this month it would allow operators to use equipment, including Huawei’s, under licences of three to eight years. But it added it was urging telcos not currently using the Chinese company’s gear to avoid switching to it.

Operators must each apply for dozens of licences for equipment to cover different parts of the country.

The sources said ANSSI had informed operators of most licence decisions for large cities. They said the bulk of authorizations for Huawei gear were for three or five years, while most of those for equipment from European rivals Ericsson or Nokia received eight-year licences.

ANSSI’s decisions have not been made public, either by the agency or by the companies.

The sources added that operators had also been told by French authorities during informal conversations in recent months, not stated formally in documents, that licences granted for Huawei equipment would not be renewed thereafter.

A spokesman for the prime minister’s office, which oversees the permissions on 5G equipment, said ANSSI was working with operators within the legal framework, adding that any authorization granted at present did not impinge on whether these would later be renewed or interrupted.

Such restrictions, though, would amount to a de facto phase-out of Huawei within France’s 5G networks by 2028, given the short time-frame of the licenses, according to the sources, who declined to be named because of the sensitivity of the matter.

French operators might still manage to get an eight-year authorization for Huawei equipment in some cases, and could yet decide to use its gear for that time period, the sources said. But even this meant eventually dismantling it, they added.

One of the sources said it would be difficult for a telecom operator to take the risk of investing in Huawei gear, given new mobile technology like 5G takes at least eight years to yield a return on investment. “Granting three years amounts to a flat refusal,” the person added.

An effective ban would be particularly troublesome for Bouygues Telecom and Altice Europe’s SFR, the two French telecom operators that already use Huawei’s equipment in their current mobile network.

The new authorizations for 5G network equipment are linked to existing 4G gear – meaning that if an operator opts for a different supplier for 5G, it would also have to replace its existing 4G infrastructure.

The companies have already said several times this year that such a scenario, in which they may be compelled to replace part of their grid at great cost, would lead them to asking for compensation from the state.

France’s two other major operators, leader Orange and Iliad, mainly rely on Nokia, Ericsson or both for their mobile networks.

In Britain, where major telecoms groups are heavily reliant on Huawei technology, the government has ordered the Chinese company’s equipment to be purged from the 5G network by 2027.

“France’s position is similar to that of Britain, but the government’s communication is different,” one of the sources said. “Huawei can’t do much about it.” 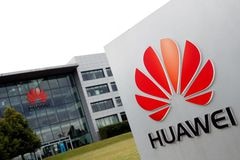