The European Union’s top antitrust regulator, Margrethe Vestager, has made it her mission to stem alleged anti-competitive abuses by big American tech companies, threatening as recently as last month to break up Alphabet Inc’s Google.

But a decision in the most important of three antitrust cases against Google — this one aimed at loosening its stranglehold over Android-powered smartphones — is likely to show just how difficult it is, even for a committed trust-buster like Vestager, to dent the power of the U.S. giants.

The final ruling, expected within the next few months, will likely involve a multi-billion-dollar fine and an end to clauses in licensing agreements that stop smartphone vendors from promoting alternatives to apps such as Google Search and Maps, people familiar with the European Commission’s thinking say.

The decision, which is expected to hew closely to recommendations made in 2016 soon after the probe began, will almost certainly leave Google’s market dominance intact because the incentives to stick with the company are so strong, say industry executives, analysts and even its foes.

Robert Marcus, a former member of Microsoft’s mobile strategy team and now general partner at investment firm Quantum Wave Capital, said it was “virtually impossible” that any EU penalty would “change anything massively for Google.”

The case holds lessons for regulators in Europe and elsewhere as they pursue Google, Apple, Facebook and Amazon over practices including anti-competitive conduct, tax avoidance and a cavalier approach to user data and hate speech.

But stimulating competition in markets where products and services are free is a far more difficult undertaking.

“Once someone is entrenched, you can’t say, ‘stop’ and things get better,” said Mark Patterson, a Fordham University law professor who has researched Google antitrust issues.

The Commission declined to comment on the case. Google did not respond to a request for comment.

Google holds 90 per cent of the European search market, meaning there are few plausible alternatives for handset makers or consumers who might want to opt out.

Phone vendors will be reluctant to dump popular applications such as Google Maps even if they could do so freely. An executive at one major smartphone maker said European wireless carriers have told his company they would refuse to market phones without Google Search or the Google Play app store.

Alternatives to Android remain scarce. And Google still has the option of going all-out with its own Pixel phones if new rules make licensing Android unappealing.

Tom Moss, a former Google employee who wrote key parts of the first Android licensing agreements a decade ago, told Reuters tight control was necessary at the time, both to assure a standard platform for third-party software-makers to build Android apps and to guarantee customers a consistent experience.

Moss, now with the gaming hardware company Razer, acknowledges that at this stage, however, “keeping all the same policies and approaches can seem heavy-handed, unfair and anticompetitive.”

He added: “It’s not the end of the world” for Google that the EU is reassessing the arrangements.

The EU’s Android investigation began in 2015 following a complaint two years earlier from lobbying group FairSearch, whose members at the time included competitors like Oracle , Nokia and Microsoft.

A preliminary document from 2016, seen by Reuters, said regulators should levy a large fine and that Google should stop giving revenue sharing payments to smartphone makers to pre-install only Google Search, as well as stop requiring Google’s Chrome browser and other apps to be installed alongside Google’s Play store.

The EU was not likely to go further than that recommendation, EU sources said. Ordering the company to divest its Android business altogether, for example, would be difficult to justify under European law, European Commission sources said.

Deutsche Bank analyst Lloyd Walmsley said in January the EU “could require more onerous changes” than it did last year in its inquiry into whether Google was favouring its own online shopping service in search results.

In that case, Google was fined $2.4 billion euros — a large amount for most companies, but barely 2 per cent of the company’s 2017 sales.

Changes made by Google in response to the EU’s order did stoke more competition for certain ad slots, but because of the way Google’s ad auction system works that resulted in more money for the company without giving competitors enough of a leg up to gain market share.

There’s still a possibility the Commission could compel Google to work with manufacturing partners that want to use modified versions of Android, allowing what is known as “forking” of the operating system, EU sources said.

But the ruling almost certainly will not be enough to break Google’s monopolistic hold, FairSearch lawyer Thomas Vinje said.

“The Android case has taken too long, and ... Google has in large measure achieved the elimination of competition it sought,” Vinje said.

Google is appealing the shopping verdict, and could also appeal any ruling in the Android case.

The big issue for Google is less what the EU might do than how the strategies of smartphone makers might evolve. Global leader Samsung Electronics has long pushed its own apps for messaging, Internet browsing and other functionality.

Samsung could end its relationship with Google if it truly wanted to go in a different direction, Moss said. So far, however, Samsung has been unwilling to take that step. Among other things, doing so could drive customers to Google’s own Pixel smartphone because it comes with a full range of Google apps and often gets first access to new features.

Other challenges could come from Amazon, Alibaba and other companies who might customize an “open source” version of Android that Google has made freely available for public use.

There are few signs so far that any major smartphone vendors want to opt for a different operating system. Amazon tried to build its own phone with a modified version of Android several years ago, but it was a spectacular flop.

Google’s rivals in searches and Internet browsers are holding out hope they’ll be better able to compete under a new EU regulatory regime.

Guillaume Champeau, ethics and public relations officer at French search engine company Qwant, said an agreement it reached with a phone maker fell through last year because of Google’s rules.

“We want to have a chance to compete, but we need to be able to have agreements with phone manufacturers,” he said.

Such deals would not be a big threat to Google.

“Android is utterly dominant,” said technology analyst Geoff Blaber of CCS Insight. “Whatever the ruling, manufacturers are heavily reliant [on it] so nothing is going to change dramatically.” 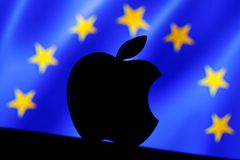