The British government has held talks with shipping firms to secure backup vessels in case the United Kingdom exits the European Union with no trade deal, but it is unlikely to make progress as most ships are booked for other business, industry sources say.

One source said that, as well as talking to commercial shipping firms, the government was seeking to put specialist transport ships controlled by Britain’s Defence Ministry on stand-by to keep trade across the English Channel flowing, although those vessels are now involved in operations elsewhere.

If the U.K. leaves the EU on March 29 without a trade deal, extra ships will be needed to work new routes across the Channel in case the main French terminal of Calais and Britain’s Dover and Folkestone are clogged up by customs checks.

“If there is major chaos at Dover, it is vital to ensure that trucks don’t get backed up, and the government is exploring the use of commercial ships,” an industry source said.

“The trouble is many of these carriers will have agreed to charters already,” he said, adding that about 85 per cent of capacity on roll-on, roll-off (RORO) ships was booked several months ahead.

The sources did not say how many more ships Britain would be need.

The government said it was preparing for all eventualities to ensure trade flowed smoothly.

About 16,000 trucks pass between Dover and Calais every day, transporting everything from perishable food to medicines and industrial goods needed to keep factories running.

In the EU’s single market, trucks drive smoothly through border checks. But in a “no-deal” Brexit, even a few minutes delay at customs for each truck would likely see vehicles backed up at ports and queued up on feeder roads on both sides of the Channel.

The government, which has warned of up to six months of disruption under a “no-deal” scenario, has been seeking to secure space on RORO ships to serve different ports in mainland Europe and Britain, according to the industry sources, who declined to be named citing confidentiality agreements.

They said the government had made approaches in recent weeks to companies that included Britain’s P&O Cruises, Denmark’s DFDS and Sweden’s Stena. Those three firms already operate services to British ports, data showed.

When asked about the matter, the British Transport Ministry said “as a responsible government, we continue to prepare for a range of potential outcomes to ensure that trade continues to move as freely as possible.”

A spokesman for British Prime Minister Theresa May said ministers had discussed ensuring ships set aside space to keep medical supplies flowing, but said this was “not quite the same as chartering ships.”

Britain requisitioned and chartered merchant ships during the 1982 war over the Falkland Islands with Argentina.

But shipping experts say Britain’s fleet of U.K.-flagged vessels is now smaller and the expansion of global trade also means they may be too far away to be called in at short notice.

P&O said on Tuesday it was reviewing its U.K.-registered fleet and was already reflagging two vessels to keep EU tax arrangements ahead of Brexit.

Bob Sanguinetti, chief executive of Britain’s Chamber of Shipping trade association, which represents 200 shipping companies, said vessels might not be available to charter or might not be able to serve different terminals.

“Many ships are specialized, they are often adapted for individual routes and cannot necessarily just be sent to different ports on a whim,” he said.

One of the industry sources said the government had explored using four RORO vessels controlled by the Defence Ministry.

Foreland Shipping, which owns and operates the four Britain-flagged RORO vessels, said the ships were employed on other operations, “and will remain so for the foreseeable future.”

The Defence Ministry said it “routinely works with other government departments on planning for a range of contingency scenarios.” It did not provide further comment.

Refinitiv Eikon ship-tracking data showed on Tuesday that two vessels were in the Mediterranean, one of them moored in the British territory of Gibraltar and another heading to Limassol in Cyprus, close to a British military base.

A third ship was anchored in the Falkland Islands in the South Atlantic, while the fourth was sailing to North America.

Britain is also making preparations at ports capable of handling RORO vessels in the southeast, such as Ramsgate and Dartford, to ease any congestion at the main terminals.

Across the Channel, the Dutch port of Rotterdam said this year that its Brexit contingency plans included looking at hiring more customs agents and fresh-produce inspectors. French ports have also been looking to draft in more customs officials.

Yet, some investors see shifting trade routes as an opportunity. Seaborne Freight has been working over the past 18 months to offer a new service between Ramsgate and Belgium’s Ostend, reopening a route that another operator had used until suspending the service in 2013.

The company planned to offer its service in the first quarter of 2019, with ships carrying up to 100 trucks each, chief operation officer Glenn Dudley said.

“For us, the harder the Brexit the better,” Mr. Dudley said. “If Dover and the Channel Tunnel are encumbered, our space will go quite quickly.”

He declined to comment when asked if the government had been in touch about bookings. 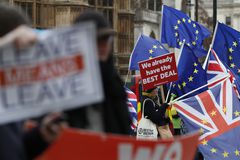 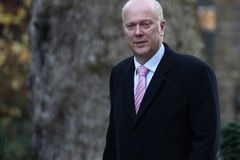 U.K. government insists there will be no second Brexit referendum despite growing pressure Subscriber content
December 16, 2018 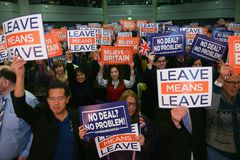