The London Stock Exchange (LSE) said on Friday it may sell all or part of Borsa Italiana to help get its $36-billion takeover of Refinitiv over the line, a move that could trigger a bidding war among European exchanges for the Milan assets.

The London exchange operator said that it had begun “exploratory discussions” which could result in MTS, Borsa Italiana’s bond trading platform, or its entire Italian arm being sold.

LSE announced the proposed Refinitiv acquisition last year, which will broaden its trading business and make it a major distributor and creator of market data, a profitable and fast-growing sector. It will also make it a rival to Bloomberg.

The European Union’s anti-trust regulators are currently reviewing the deal and expressed concern in June about the combined company’s large market share in the trading of European government bonds because both MTS’ trading venue and Refinitiv’s Tradeweb are already market leaders.

LSE chief executive David Schwimmer told reporters there could be “potential benefits” to selling off the Italian exchange group as a package rather than splitting off MTS.

“We are continuing our dialog with the European Commission, and I would say that dialog is very constructive,” Mr. Schwimmer said.

LSE, which reported a rise in first-half profit on Friday, said it now expects the Refinitiv deal to be completed by early 2021, suggesting a potentially longer timeline than the end of 2020 as previously indicated.

Refinitiv, which is 45-per-cent-owned by Thomson Reuters, the parent company of Reuters News, declined to comment.

LSE said it was seeing good progress with foreign investment, antitrust and other regulatory approvals for the Refinitiv transaction, and that integration planning was well developed.

Mr. Schwimmer said the end of Britain’s Brexit transition arrangements in December would not mean a new UK competition probe into the Refinitiv deal if it was not completed this year.

Rival exchanges Euronext and Deutsche Boerse are both expected to be interested in LSE’s Italian operations, banking sources have said.

Euronext has repeatedly expressed interest in adding Borsa Italiana to its pan-European platform while Deutsche Boerse has recently signalled it is looking at expansion opportunities.

Neither immediately responded to requests for comment on Friday.

Italy views the Milan Exchange as a “strategic asset” but several sources have said the governing 5-Star Movement is at odds with the Treasury over the future of the exchange.

Lawmakers of 5-Star urged Rome on Friday to take “every initiative needed” to arrange a competitive bid for Borsa Italiana. They recently crafted a proposal with the help of Mediobanca to form a bidding consortium for Borsa which would see Italy’s biggest financial institutions teaming up with state lender Cassa Depositi e Prestiti (CDP).

The London exchange said the U.S. Department of Justice has closed its antitrust investigation into the Refinitiv deal without seeking changes.

LSE reported on Friday that its first-half profit rose 8 per cent to £575-million ($1-billion), boosted by a strong showing in its post-trade and FTSE Russell business. 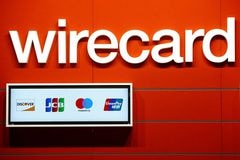 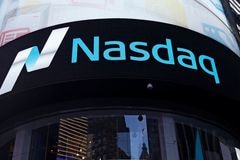