Ryanair may have to curb its growth plans further if Boeing’s schedule for returning the 737 Max jet to service continues to slip, the airline said after reporting a sharp profit fall in the first half of its key summer period.

Europe’s largest low-cost carrier reported post-tax profit down 21 per cent year on year at 243 million euros ($270.36 million) in the three months to June 30, slightly ahead of expectations in a company-supplied analysts’ poll.

Fares fell 6 per cent from the same period last year in a trend the company said would continue until the end of the summer – the period in which it makes all of its profits.

The key drivers were price competition in several markets including Germany and reduced spending by British consumers as the country prepares to leave the European Union on Oct. 31.

“We are cautious on pricing into the winter,” Chief Executive Michael O’Leary told analysts in a conference call. “Brexit and the risk of a hard Brexit has materially increased with the new government.

“We do not share the kind of unbridled enthusiasm and optimism that was reported in recent weeks by Wizz and easyJet.”

However, Ryanair stuck to its profit forecast for the year to the end of next March, of between 750 million euros and 950 million euros, saying demand for optional extras such as pre-booked seats and on-board refreshments is strong.

Ahead of the results a company poll of analysts gave an average full-year profit forecast of 832 million euros.

“The June quarter results were not quite as bad as feared,” Liberum analyst Gerald Khoo said in a note.

O’Leary also said there are concerns over further slippage in the return to service of Boeing’s grounded 737 Max.

Ryanair, one of the largest customers for the jet, this month cut the number of 737 Max jets it plans to fly next summer from 58 to 30, halving passenger growth for the year to 5 million passengers.

The number of Max jets in service “could move to 10 and it could move to zero if Boeing don’t get their s*** together pretty quickly with the regulator,” O’Leary added.

Any further cuts would “significantly truncate” the company’s growth rate, he said, though he emphasized his continued confidence in the aircraft and said customers would not be reluctant to fly in it once regulators give the jet the all-clear.

Boeing Chief Executive Dennis Muilenburg on Wednesday said he was confident the Max would be back in service as early as October, though the U.S. Federal Aviation Administration said regulators do not have a timeline for vetting safety upgrades.

Boeing could not be reached for immediate comment on Monday.

In recent weeks Ryanair has been also been hit by the threat of fresh strike action by pilots in the United Kingdom and Ireland and cabin crew in Portugal.

O’Leary said he does not expect staff disruptions but he will not be making any concessions that would increase Ryanair’s costs.

“It seems to us that even by the standards of some of these trade unions, this is chronically ill-timed and ill-judged,” he said, adding that it could coincide with the period in which the company will be announcing base cuts, closures and job losses because of Max delivery delays. 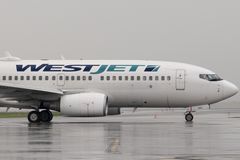 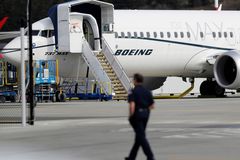 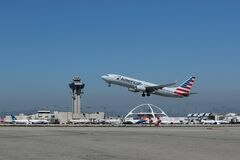