Sterling tumbled toward US$1.21 on Tuesday as growing concerns about the chances of a disorderly Brexit spurred investors to hedge or slash their exposure to British assets.

The pound, its fortunes tied to the years-long process of negotiating Britain’s exit from the European Union, is suffering from signals of panic among investors that the United Kingdom is headed for a no-deal Brexit under new Prime Minister Boris Johnson.

Financial markets had regarded that eventuality, which many economists believe would severely damage the British economy, as relatively unlikely.

The British currency has now shed around 2.4 per cent of its value since Mr. Johnson took over last week and is headed for its worst monthly performance since October, 2016, not long after the country voted to leave the EU. Sterling traded as high as US$1.32 in May.

“The tail risk of either a general election or no-deal Brexit were seen as a lower probability earlier but are increasingly getting priced in as a base case scenario,” said Supriya Menon, a strategist at Pictet Asset management.

There seemed to be less room for compromise between London and Brussels, she added.

Mr. Johnson said on Tuesday that Britain would leave the EU on Oct. 31 “no matter what.” Ireland warned that the bloc would not renegotiate a Brexit withdrawal deal rejected three times by British lawmakers.

This week’s sell-off in the British currency – long the most sensitive gauge of market sentiment toward the Brexit process – shows little sign of abating, with options markets implying more pain in store.

A gauge of expected swings in the price of the pound before the Oct. 31 Brexit deadline has jumped to the highest since before March 29, the original date for Britain to leave.

Sterling selling has accelerated since Mr. Johnson – whose cabinet is packed with Brexit supporters – took over with the explicit agenda of taking Britain out of the EU by Oct. 31, whether transitional trading agreements are in place or not.

Simon Derrick, chief currency strategist at BNY Mellon, said the no-deal Brexit shift had caught the market by surprise. “There’s plenty of space for sterling to suffer because when sterling moves it tends to move very sharply,” he said.

It lurched 1 per cent lower against the Japanese yen to the lowest since November, 2016, falling to a low of 131.59, before recovering somewhat to 131.95 yen per pound.

Sterling is down against all major currencies in 2019, aside from the Turkish lira.

Sterling briefly shot below $1.15 in October 2016 during a so-called ‘flash crash’ in Asian trading. But otherwise, the current tumble under Johnson has brought the currency close to the 32-year lows struck in late 2016 and early 2017.

On the Bank of England’s trade-weighted index, which measures sterling against its trading partners’ currencies, the pound has dropped to its weakest since August 2017.

Investors are also fretting about the possibility of a snap election which could well see Johnson strengthen his position. Weekend opinion polls showed his Conservative Party with a significant lead over opposition Labour.

The current parliament is resolutely opposed to no-deal Brexit but an election that provided Johnson with a big majority could allow him to overcome that obstacle.

“Sterling isn’t cheap enough to buy until EUR/GBP is the other side of 0.95 and there isn’t the faintest glimmer of positive news on the horizon,” said Kit Juckes, a currency strategist at Societe Generale, calling the pound “parachute-less.”

Options markets suggest investors expect heightened sterling volatility in late September and early October, when the U.K. and EU parliaments return from summer recess and a clearer picture emerges of where Brexit negotiations are headed.

Odds on a no-deal Brexit have narrowed since Johnson came to power, although bookmakers generally see a no-deal Brexit in 2019 as less likely than Britain leaving with an agreement in place or the departure date being postponed again. 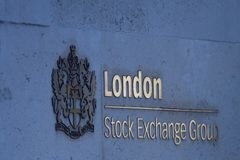 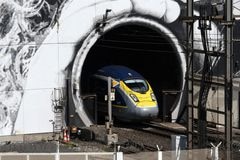 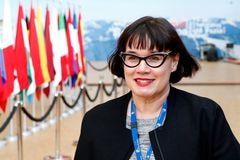