The biggest shift in European share trading in two decades was proceeding smoothly on Monday, on the first day of business since Britain left the European Union’s single market.

While a Brexit trade deal agreed last month set rules for industries such as fishing and agriculture, it did not cover Britain’s much larger finance sector, meaning London’s automatic access to EU financial markets came to an end on Dec. 31.

That has meant the bulk of trading in euro-denominated shares has had to switch from London to the EU, as the bloc seeks to reduce its reliance on a finance centre outside its borders.

Many London-based businesses had prepared for the new conditions by setting up units in the EU, and Monday put those new arrangements to the test.

Data from Cboe, Europe’s biggest cross-border share trading platform, showed that two hours after the open, 60 per cent of all of its activity was at its Amsterdam unit.

“All our systems are operating normally, and as expected the majority of activity in EEA-symbols [mainly EU listed shares] is now taking place on our Dutch venue, with activity across all our market segments,” Cboe Europe president David Howson said.

Cboe traded €5.1-billion ($8-billion) in shares on Monday, the bulk in Amsterdam.

Aquis reported a “clean shift” in euro share trading from its London base to its new Paris unit, with the French capital now the location for most of the group’s business.

Aquis traded €1.9-billion of shares on Monday, mostly in Paris.

Trading on Turquoise was more evenly split, with €525-million in Amsterdam and €361-million in London.

No European trading of note had taken place on the three EU hubs until Monday.

“I don’t think there has been any impact from this switch,” said Keith Temperton, equity sales trader at Forte Securities. “It has been planned for years.”

Banks and other financial market participants in the EU are also required to trade swaps, a type of derivatives contract, on platforms inside the bloc and stop using venues in London, the world’s biggest centre for trading swaps.

In a last-minute intervention on Dec. 24 before markets shut until Monday, the FCA said it would allow U.K. market participants to trade swaps on EU venues until the end of March to avoid disruption in markets.

Traders said that on Dec. 24 the spread between the 10-year interest rate swap on Deutsche Boerse’s Eurex in Frankfurt and LSE’s LCH swaps clearing unit in London widened.

This signified that it was more expensive to use Eurex Clearing than LCH. A trader said that normally there is little or no spread between the two clearing houses.

Eurex, which is offering customers incentives to attract euro clearing from London, said the spread had widened to 0.4 basis points on Dec. 24, but has since eased to 0.3 basis points.

Christoph Rieger, head of rates and credit research at Commerzbank in Frankfurt, said there was no big disruption in initial trading on Monday.

ESMA on Monday cancelled its authorization for four trade repositories in London used for reporting derivatives trades, in a further sign of the British capital being locked out of EU markets. 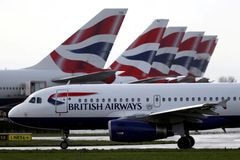 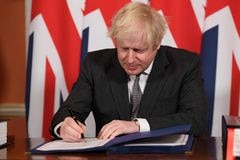 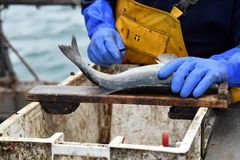