Britain’s economy will not fully recover from its current historic downturn for at least two years, a Reuters poll of economists found, but there is only a slim chance the Bank of England will use negative interest rates to boost the upswing.

Britain has suffered the highest death toll from the novel coronavirus in Europe, leading to criticism of the government’s response to the pandemic.

Last quarter, when a lockdown to quell the spread of the virus was at its tightest, the economy shrank a record 20.4 per cent. But as many restrictions have been lifted, it was expected to expand 15.1 per cent this quarter, the Aug. 14-19 poll showed.

“The severity of the slump was chiefly a byproduct of the very long lockdown in the U.K., necessitated by the government’s laissez-faire attitude in the early days of the pandemic, which meant the virus spread more widely than in other countries,” Samuel Tombs at Pantheon Macroeconomics said.

Earlier this month the Bank of England said the economy would not recover to its prepandemic size until the end of 2021, but 20 of 23 economists who responded to an extra question said it would be at least two years before that happened. Only three said within two years.

“Unlike BoE chief economist Andy Haldane, who thinks it is now time to see the economic glass as ‘half-full,’ recent data outturns have made us more pessimistic about the lasting economic impact,” Elizabeth Martins at HSBC said.

To support the economy the government has ramped up spending to record amounts, the centrepiece of which was to pay 80 per cent of wage bills if staff were put on leave rather than let go.

But that scheme is due to finish at the end of October, and all respondents to an extra question said the risk that the job market will worsen significantly before this year draws to a close was high or very high.

“Evidence of job losses is already mounting and the planned phasing out of the Coronavirus Job Retention Scheme in the autumn will make things worse,” Peter Dixon at Commerzbank said.

The economic slump has pushed firms to slash thousands of jobs. While the unemployment rate unexpectedly held at 3.9 per cent in June, it was seen peaking at 8 per cent in the fourth quarter, the poll found.

For its part, the Bank of England has chopped borrowing costs to 0.10 per cent and restarted asset purchases.

Bank of England Governor Andrew Bailey has said that negative interest rates, used by the European Central Bank and the Bank of Japan, were part of the bank’s toolbox but that it did not have any plans to use them for now.

The bank rate was expected to remain at 0.10 per cent until 2023 at least, forecasts showed, and when asked about the chance of negative interest rates, economists gave just a 22.5-per-cent median probability. Only two economists polled had sub-zero rates as their base case scenario somewhere in the forecast horizon.

Meanwhile, Britain faces the added task of trying to agree a trade deal with the European Union before a transition period after its departure from the bloc finishes at the end of this year.

Reuters polls have consistently predicted that the two sides would agree to a deal, and the latest survey gave only a 30-per-cent chance that no agreement would be reached before the transition period ends. 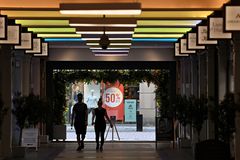 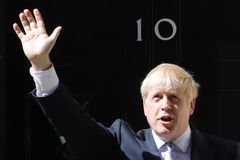 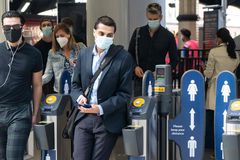