Norway’s Pexip AS announced virtual roadshows on Monday in a step toward becoming the first European company to complete an initial public offering (IPO) remotely, as it looks to build on demand for video-conferencing owing to the coronavirus crisis.

Pexip, which rivals video-conferencing software such as Zoom and BlueJeans and says it is used by the U.S. military and the German government, may blaze a trail for others, bankers said.

A combination of turbulent markets owing to the economic impact of the coronavirus pandemic and the logistical hurdles of conducting a deal remotely during lockdowns in most of the world has deterred companies from launching IPOs.

But in a rare example of a firm going ahead with a listing during the crisis, Pexip intends to sell 17 million new shares at 63 Norwegian kroner (roughly $8.60) each. Existing shareholders plan to sell another 17 million shares at the same price, taking the total to be raised in the IPO to 2.142 billion kroner.

IPOs usually involve analysts, bankers and company executives jet-setting around the world for presentations at high-end hotels and face-to-face meetings with investors.

“We initially had some pushback about completing the deal on video, but this lockdown period is a big change for society as a whole and we believe for the finance industry and for IPOs it is a super-efficient way of doing interactive meetings,” Pexip chief executive Odd Sverre Ostlie said on Friday.

Mr. Ostlie admitted, however, that the market volatility had scared him a bit, but “massive interest” since Pexip first announced its intention to list last week helped soothe nerves.

As the working world has rushed to video-conferencing systems since the crisis erupted, their security systems have come under scrutiny.

Pexip markets itself as being more secure than rivals by allowing users to store the data on a “self host” basis on their own private cloud or data centre.

Funds advised by Capital Research and Management Co., Wasatch Global Investors, DNB Asset Management and TIN Fonder have committed to subscribe to 1 billion kroner of shares in the IPO.

“We did the very first early look meetings back in January and February live, then we switched to all video meetings,” said Peter Straume, managing partner and CEO of ABG Sundal Collier Norway, one of the joint global co-ordinators along with Carnegie and Pareto Securities.

“The company has for example never met the two U.S.-based cornerstone investors face-to-face, all interaction with them have been done by video,” he added.

Market participants are keeping a close eye on proceedings and trying to glean what the deal might mean for other potential issuers. With IPOs drying up, equity capital markets bankers are focusing on running secondary trades for companies looking to raise funds to get through a global recession.

But bankers say that a small pipeline of deals is building in Europe, especially in the Nordic region. In the United States, pharma companies Zentalis Pharmaceuticals and Keros Therapeutics completed IPOs last month.

“I suspect that in most IPOs when investors need to make substantial investments they will still want to meet management – but that can change,” said a London-based banker who heads equity capital markets for a bulge bracket bank. He said he would be keeping a close eye on the Pexip trade.

Roadshows for Pexip will run from Tuesday to May 12, although timing may be extended up until May 19 if necessary, the company said in a statement to the Norwegian bourse. 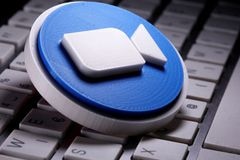 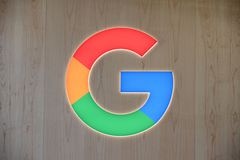